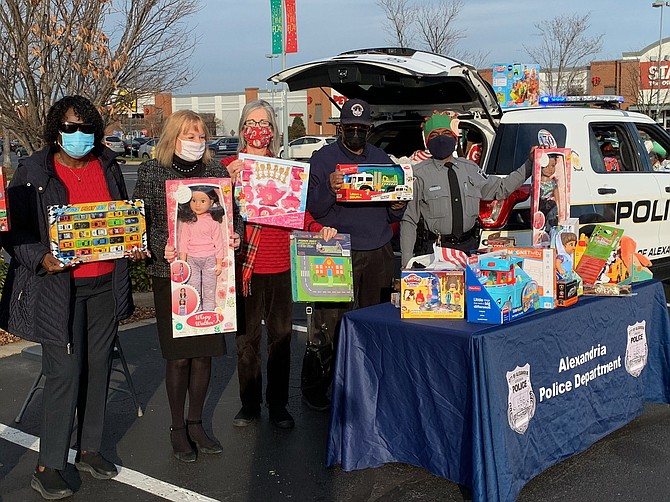 The Commonwealth Republican Women’s Club of Alexandria installed its 2021 officers during its December meeting on Zoom. The holiday party was cancelled due to COVID restrictions. Paula Steiner, President of the Virginia Federation of Republican Women (VFRW), presided over the candlelight ceremony, which included an oath of office. The 2021 officers are:

Commonwealth Republican Women’s Club President Linda App, serving her second term, said that the Presidential Election year brought new members and excitement to CRWC, and she hopes to capitalize on that energy in the 2021 elections. “We’ll be getting out the vote for the GOP nominees up and down the ballot, from Governor to City Council.”

CRWC’s December newsletter summarized the club’s accomplishments in 2020. App said, “We had a surprisingly effective year in 2020, considering the COVID limitations. In addition to providing interesting monthly programs, we held events to support Community Lodgings with cash and Goya food donations, provided the Alexandria Police Foundation with homemade masks and financial support, celebrated the 100th Anniversary of votes for women, donated funds for the educational work of the Frederick Douglass Foundation, marched in the St. Patrick’s Day Parade in Old Town, and increased our presence at early voting locations and precincts on Election Day.”

Susie Miller, serving a second term as 1st VP, is excited about Commonwealth Republican Women’s Club’s coordination with the local Republican party, known as the Alexandria Republican City Committee (ARCC - https://www.alexgop.org/ ). “Three of our members sit on the ARCC Executive Committee: myself, Linda App, and Ruth Cleveland. This helps us communicate and ensure synergy in our efforts on behalf of the party.” Cleveland is married to former Alexandria Vice Mayor Bill Cleveland.

Commonwealth Republican Women’s Club is the Alexandria chapter of both the Virginia and the National Federation of Republican Women (VFRW and NFRW). CRWC encourages local Republican women of all ages to become more politically involved by helping support and elect GOP candidates to public office at the local, state, and national levels. The club also has a conservative book club and organizes activities to support charitable organizations. More information is available at https://www.alexandriacrwc.org/.