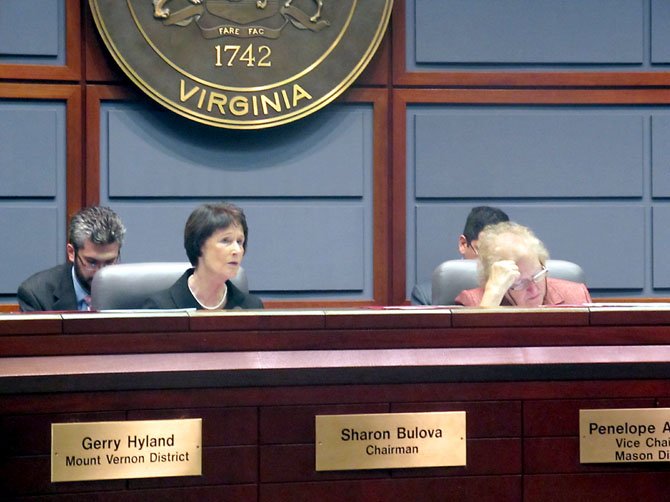 At its May 22 meeting, the Fairfax County Board of Supervisors directed the Human Services Council to offer the public a chance to review, evaluate and comment on the CSB’s proposed budget management plan. There will be three public meetings:

*Organizations and Advocacy Groups: Monday, June 4, at 7:30 p.m. in conference center rooms 9 and 10 in the Fairfax County Government Center

*Families and Consumers: Monday, June 11 at 7 p.m. in rooms 230 A and B, 2nd floor of the Pennino Building. In addition, individuals may participate in a phone question session at this meeting by calling 703-324-2001.

*Organizations and Advocacy Groups: Monday, June 18 at 7:30 p.m. in conference center rooms 9 and 10 in the Fairfax County Government Center.

To sign up in advance to speak at the meetings, to request ADA accommodations or to submit written comments, contact Dwight Curtis at Dwight.Curtis@fai.... Or call 703-324-5630, TTY 711.

The Human Services Council will consider all input and present recommendations to the Board of Supervisors at its July 16 meeting. 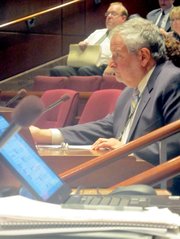 George Braunstein, the director of the Fairfax-Falls Church Community Services Board, appeared before the Fairfax County Board of Supervisors for the second meeting on May 22.

The Fairfax-Falls Church Community Services Board, which provides social services to thousands of the county’s most vulnerable residents and has come under fire for an $8 million budget shortfall, was given a temporary reprieve by the Fairfax County Board of Supervisors.

At its May 22 meeting, the board ultimately approved a plan that directs the Human Services Council to collect input from the public and social service advocates - a plan that temporarily takes critical services provided by the CSB off the chopping block.

But the decision was not a simple one, and came after vigorous debate and calls for more financial scrutiny of the agency, which administers social service programs to more than 22,000 county residents.

After the meeting, Supervisor Jeff McKay (D-Lee) said he would like to see an independent audit of the agency to examine the scope of the CSB’s financial problems.

Supervisor Pat Herrity (R-Springfield), in a May 25 letter to the Auditor of the Board, also suggested a financial review of the agency "to ensure that the CSB is not unnecessarily wasting money, considering their looming budgetary problems."

RELATIONS between the CSB and the board have been strained since the agency revealed a larger-than-expected budget deficit in early May. Some supervisors suggested the information about the financially troubled agency came too late in the budget process to adequately explore the reasons behind the shortfall and develop viable solutions.

During fiscal year 2013 budget hearings in the spring, the social services agency raised a red flag when it announced it had, for the first time in its history, started a waiting list in March for services delivered by the Infant &Toddler Connection.

The ITC provides evaluations and early intervention services for infants and toddlers (up to age three) who have a developmental delay. Therapies include physical, speech, occupational and vision and hearing. Any delays in treatment, according to medical experts, can compound and intensify developmental delays, creating significant learning problems when children enter school.

During the second tense meeting with CSB director George Braunstein on May 22, board members expressed unanimous frustration and disappointment that the agency was considering scaling back services for at-risk children, people with intellectual disabilities and substance abuse problems to address the current $8 million shortfall that is projected to increase to $9.4 million in the fiscal year 2013.

Supervisor Penny Gross (D-Mason) said earlier proposals by the CSB to close budget gaps – such as shutting down substance abuse treatment centers and facilities for adults and children suffering from mental illness - were unacceptable.

"I don’t like being in this position because I’ve generally tried to be very supportive of things at the CSB, but I am really uncomfortable with these recommendations and I’d like to be able to say no because it cuts services," Gross said. "But if I vote no on recommendations, where else do we go? I guess I’m just venting, because I don’t have a suggestion of what we need to do. I am extremely unhappy."

"I don’t want anyone to think we’re approving recommendations everyone is troubled by," said Chairman Sharon Bulova (D-At-large). "We’re looking for ways to mitigate the reductions that were presented."

Braunstein told the board a combination of factors led to the agency’s deepening financial crisis, including reduced federal funding and a steep increase in demand for CSB services. The demand for ITC services has jumped 38 percent in the past two years, and 165 children are currently on the waiting list, Braunstein said.

"The CSB, at least during first three years, managed to absorb local budget reductions and not reduce access to services, "Braunstein said. "The strategies we used the last three years just didn’t work this past year."

In fiscal year 2011, CSB expenditures totaled approximately $155 million dollars. In February, the CSB notified the county of a potential $8.3 million hole in its current budget, which prompted the board to establish a $4.2 million cushion during the budget discussions.

Bulova noted that CSB programs in other parts of Virginia are funded with a combination of federal and state dollars.

"In Fairfax County, the reverse is true. We pay about 70 percent of CSB programs, and we do as much as we can because these are populations we care deeply about," Bulova said.

During the board’s discussion, several supervisors questioned whether it was even necessary to approve any of the interim measures before them.

"The fundamental question I have is why are we acting on this period? Why does this need our stamp of approval," said Supervisor Jeff McKay (D-Lee).

After some deliberation about the need for the board’s approval, the board approved a "plan process" that includes public forums facilitated by the Human Services Council.

The Human Services Council will facilitate a public review process to prioritize, review, and evaluate the impact of the CSB’s proposed budget management plan on individuals, families, provider network, and the human services system.

THE BOARD also authorized the following interim actions for the Community Services Board. The measures, Bulova said, are first steps before more comprehensive actions are taken to address the projected budget shortfall:

*The Infant and Toddler Connection (ITC) early intervention services waiting list will be maintained while continuing CSB-provided assessment and facilitation of potential next steps and resume early intervention referrals as State funding is available.

*Employment and day services will be initiated for 19 new high school graduates with intellectual disability who have urgent needs upon graduation.

*The allocation of contract rate adjustment funds to CSB contractors will be suspended pending final carryover decisions by the Board of Supervisors.

*All measures to contain costs through further efficiencies and probationary staff reductions will be immediately taken.

"The CSB serves our most vulnerable populations in Fairfax County. In partnership with the CSB, Advisory Groups and organizations, and with our County workforce we will work our way through this challenge," said Bulova.

Read more about this here.