Brief: ACCT Whittles Down the Suspects in ‘And Then There Were None’
Votes

Brief: ACCT Whittles Down the Suspects in ‘And Then There Were None’ 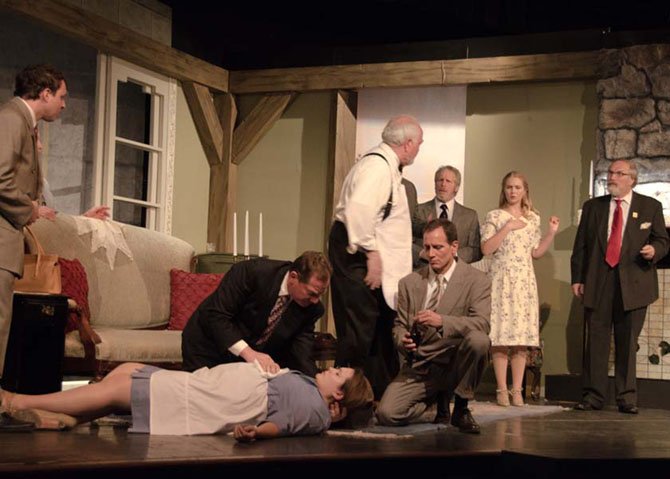 “Everyone is accused,” from left, Evan Milberg, Amy Wolf (on floor) Bob Cohen, Bailey R. Center, Davis James, Jenni Patton and Jim Howard appear in ACCT’s production of Agatha Christie’s “And Then There Were None.”

Alexandria — Aldersgate Church Community Theater presents “And Then There Were None,” an Agatha Christie Murder Mystery, the play is a masterpiece of mystery and murder.

After 10 strangers gather together on an isolated island off the coast of England, one by one, they each are discovered murdered. As those remaining frantically search for the murderer, their own guilty pasts return to haunt them. 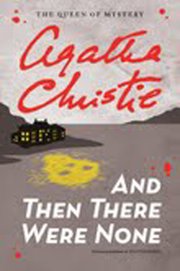 All the characters deceive others and sometimes themselves about their true natures. All profess to be good, but in reality struggle with evil in the form of moral corruption caused by intolerance, jealousy, greed, and desire.

Rife and directed by Roland Branford Gomez with permission from Samuel

Aldersgate United Methodist Church is located at 1301 Collingwood Rd. ACCT is sponsored by Aldersgate United Methodist Church and falls under their status as a 501(c)3 Non-Profit organization. ACCT presents classic plays and musicals that are comfortable and fun for families to enjoy together. They have a professional stage and are a member of both the Northern Virginia Theater Alliance and Washington Area Theater Community Honors.