The Red Violin Comes to the Alexandria Symphony Orchestra

That you are here- that life exists, and identity;

That the powerful play goes on, and you will contribute a verse.” 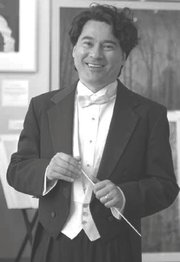 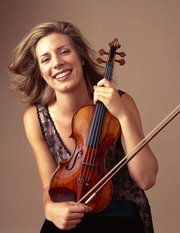 On April 20 and 21, the Alexandria Symphony’s Be the Music...The Music of Empowerment concerts will features popular violin virtuoso Elizabeth Pitcairn. Ms. Pitcairn is famous not only for her ability to mesmerize audiences with her playing, but also for the instrument she owns and plays: the legendary Red Mendelssohn Stradivarius that inspired both the book and movie The Red Violin. This powerful story follows the Red Violin across three centuries and through many cultures – often hostile environments that threaten the violin’s survival. Yet the Red Violin endures. With each chapter “the powerful play goes on,” each owner of the violin “contributing his or her own verse.” This is a fable of the inextinguishable power of music, beauty and the human soul.

Ms. Pitcairn will share the magic of her “immortal violin” when she performs Prokofiev’s haunting Violin Concerto No. 1 with the ASO at the Rachel M. Schlesinger Concert Hall & Arts Center. Ms. Pitcairn’s passion for music is evident both in her soulful music-making and in her passionate commitment to music education for young people. Ms. Pitcairn and I will join forces to offer training and master classes to aspiring young musicians during her residency in Alexandria. I look forward to partnering with this great artist both on the stage and in our schools as we empower audiences and young people to “contribute their own verse.”

The Alexandria Symphony Orchestra’s upcoming concerts will also feature Tchaikovsky’s heart-wrenchingly beautiful “Pathétique” Symphony No. 6. This music, like the Red Violin, has lived several lives in many different eras and cultures. The piece has been used in popular songs and has appeared in films including Now Voyager with Bette Davis, the 1997 version of Anna Karenina, The Ruling Class, Minority Report, Sweet Bird of Youth, Soylent Green and The Aviator. The “Pathétique” was also featured during the 2010 Winter Olympics closing ceremony. This is inextinguishable music indeed.

As a stirring prelude to the concert program, the ASO will perform Rachel Portman’s beautiful and moving music from the film The Cider House Rules. One of the most memorable themes in this movie is empowerment; Dr. Larch makes the young orphans in his charge feel like princes and kings with his nightly affirmation, “Goodnight, you princes of Maine, you kings of New England.” Portman’s music captures this poignant story with tender poetry.

Cider House Rules’ theme of empowerment resonates with the theme of this season’s ASO concert series, Be the Music... It is you, Alexandrian audiences, who have inspired this season’s theme. I wonder if you truly know how much you contribute to the power of ASO’s music-making. Sitting in your seat during the concert is far from passive. Your involvement with the music creates an energy that is palpable to us, the musicians on the stage. You are co-participants in the creation of the transcendent musical experiences that we treasure at the ASO.

Each concert this season has explored different facets of the ways in which we can “Be the Music.” It has been an exhilarating season-long celebration of how music can evoke our shared humanity, inspiration, inheritance, empowerment, and experience.

Join the ASO this season and immerse yourself in the powerful, uplifting, and profound experience of music. You have helped to make the music of the ASO alive and charged with emotion. It truly can give us an adrenaline rush — all we have to do is open ourselves up and... Be the Music.

PRE-CONCERT CHATS: Be The Music with Marilyn Cooley. WETA commentator Marilyn Cooley leads the audience in conversation at the Alexandria Symphony’s Pre-Concert Chats. A passionate commentator for many years, Ms. Cooley continues to share her boundless love and knowledge of classical music with our community and now with our Alexandria Symphony audiences. The Pre-Concert Chats begin an hour before each show — at 7 p.m. Saturday and 2 p.m. on Sunday — and are free to all ticket holders. Come and be empowered.