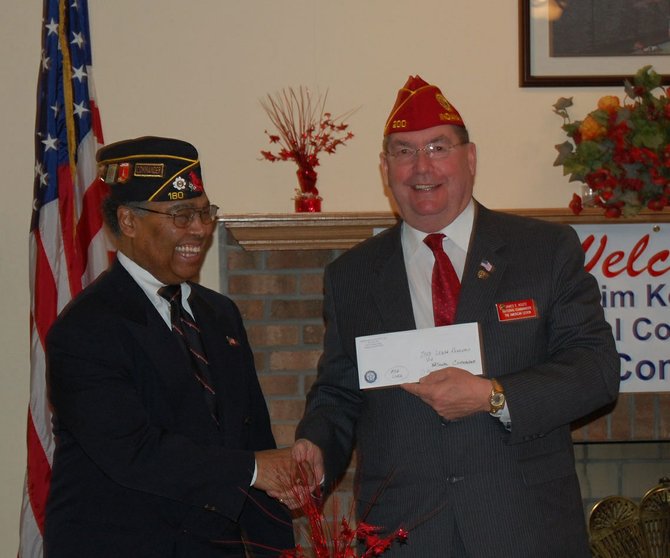 The national commander of the American Legion has visited Vienna before, but this was a special visit to American Legion Dyer-Gunnell Post 180 Vienna to have breakfast and meet local area members during his busy travel schedule. American Legion Post 180 hosted National Commander James Koutz in a Monday morning breakfast event on April 1 that included officers from the Department of Virginia in Richmond and members and their families from several Virginia American Legion posts including Alexandria, Arlington, Fairfax, Lorton, Newport News and Winchester.

Koutz, a Vietnam War veteran, has only a few months left of his one-year term to travel around and he took this opportunity to talk about the programs of the American Legion that take care of veterans. The four major programs that members call the four pillars of the American Legion are Veterans Affairs and Rehabilitation, National Security, Children and Youth, and Americanism.