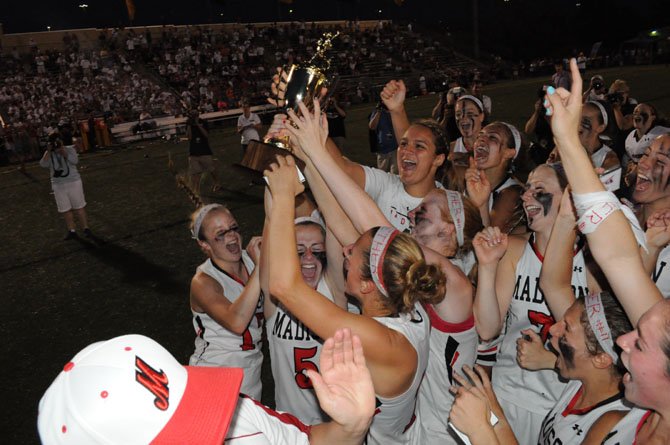 The year 2013 provided several exciting moments in local sports. For Madison, the girls' lacrosse team won its second state championship in three season. The Oakton cross country program had a strong showing at states and the Marshall baseball team overcame a 0-7 start to reach the region semifinals.

Here is a look at the top moments in Vienna sports for 2013.

There’s an old saying that it’s hard to beat a team three times in the same season. In 2013, the Madison girls’ lacrosse team managed to beat Langley four times, with the fourth victory giving the Warhawks their second state championship in three years.

Madison defeated Langley 12-7 on June 8 to win the 2013 state title. After beating the Saxons in the regular season, the Warhawks defeated Langley in the Liberty District tournament final, the Northern Region championship game and the state final. Madison finished the season with a 20-1 record.

“My most fond memory of winning states wasn’t during the final game. It was during a team talk we had a few days before the final game,” Madison head coach Amanda Counts wrote in an email. “The other coaches and I had an opportunity to remind the girls that the journey needed to be fun--- no matter the outcome. We wanted it to be clear that there was no pressure from us to do anything other than allow themselves to be kids and enjoy the time we had left to (literally) play. It was great to see in the girls’ eyes that they believed they had permission to lighten up, and ignore the outside chatter, look to each other, and simply play the way they knew they could.”

After a 3-0 start, Madison lost to New Jersey’s Westfield High School 15-8 on March 26. The Warhawks responded by winning their final 17 games.

“We were able to win states because we worked hard to keep that option available,” Counts wrote. “The girls didn’t get ahead of themselves, and played every day determined to improve.”

Madison went undefeated and won the state title in 2011.

When it came time to recognize the top performers in Group 6A at the VHSL state cross country meet on Nov. 15 at Great Meadow, the Oakton Cougars were well represented. 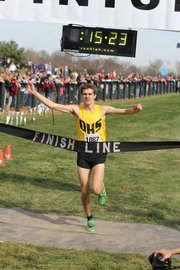 The Oakton girls’ cross country team won the state championship, thanks to three individuals finishing in the top 15. The Cougars posted a score of 55, 45 points better than runner-up Washington-Lee.

“I saw three girls [earned] all-state, so that’s a really good sign,” Oakton head coach Alisa Byers said after the race. “I saw their last … 300 meters and they looked as strong as I’ve ever seen them. I’m very proud of what they’ve done.”

After the girls’ race, Oakton senior John Stoney won the boys’ individual state championship with a time of 15:24, 11 seconds ahead of his nearest competitor.

“It’s like a dream,” Stoney said after the race. “It was my goal from the start of June [and] summer training. To actually do it is incredible.”

The Marshall baseball team started the 2013 season winless in its first seven games. By the end of the year, the Statesmen fell just one win shy of qualifying for the state tournament.

Marshall went from 0-7 to the Northern Region semifinals. The Statesmen, led by left-handed hurlers Mike Evans and Riley Cummins, showed resiliency and played their best ball when it mattered most. Marshall’s final win of the season was a 5-4 upset of Centreville in the region quarterfinals. Centreville had finished atop the Concorde District regular-season standings and was one of the top hitting teams in the region.

The Statesmen jumped out to a 4-1 lead against Lake Braddock in the semifinals before losing to the eventual region champions 16-5.

Before Marshall made some noise in the postseason, the Statesmen showed character during the regular season. 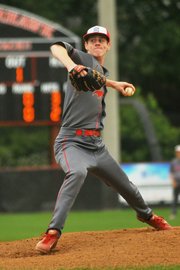 Riley Cummins and the Marshall baseball team overcame a 0-7 start to reach the Northern Region semifinals.

“In hindsight, my most fond memory came at the point when we were 5-12,” Marshall head coach Aaron Tarr wrote in an email. “We were having a Saturday-morning practice at 7 a.m. after a really difficult and lop-sided loss to Fairfax from the night before (7-0). The loss had put us back into sixth in the district, when a win would have had us in fourth. The players had a closed-door meeting on Friday night after we returned from the game, during which, from outside the room, you could hear they were clearly airing some grievances. That practice was by far our best of the season---the players’ work rate was outstanding, and they pushed each other harder than they had all season.

“Looking back, at that moment you could tell there was the potential for something big to happen. The resilience they showed at a moment when it would have been easy to pack it in was the most proud I have ever been of any team I've been associated with. I was most impressed with the personal responsibility they took; there was no revelation from the coaching staff or forceful change on our part---the players demanded the best from one another and did it on their own. The growth and maturity they showed in that moment is my favorite memory from the spring. That practice defined the rest of our season.”

Evans, who now pitches for James Madison University, played well down the stretch after missing time with an injury. He earned the save against Centreville with a pair of scoreless innings in the region quarterfinals. Cummins, then a junior, earned the win against Centreville. Cummins is committed to the University of Virginia. Then-sophomore catcher Mitch Blackstone earned team MVP honors and was a first-team all-district selection.

“There were a number of factors that helped turn the season around, but the easiest answer is that everyone in the program---players and coaches---were very green and inexperienced,” Tarr wrote. “The first half of the season reflected a team and coaching staff that was trying to figure things out. We had new starters at seven positions, and while the players were talented, experience counts for a lot. The turnaround from the second half of the season was the product of learned lessons from the first half of the year and a willingness to be self-critical.

“It would be easy to point to the contributions of a few individuals who grew into top-tier players throughout the season as the reason for turning our season around, but what made the turn around really special was the collective mental toughness of a group that decided it was never too late to make an impact. Despite the initial disappointment of not meeting their own expectations, the players cared enough about the Marshall community, the program, and their own legacy to overcome that disappointment.”