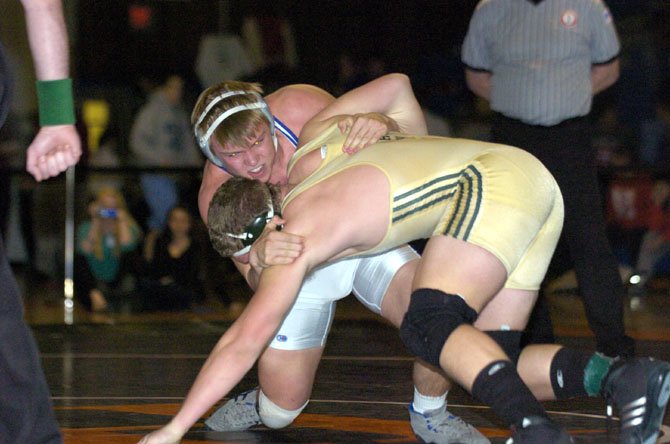 Heading into the 220-pound final at the Northern Region wrestling meet, Rupp’s butterflies were so bad he thought he was going to be sick.

"Every single match I go out real nervous," Rupp would later say. "For that one, I thought I was going to throw up before the match, I was so scared."

When the match was over, Rupp again rendered his post-competition nerves unnecessary.

Rupp defeated Langley’s Tate Dulany via 14-6 major decision to capture the 220-pound region championship on Feb. 9 at Hayfield Secondary School. Rupp improved his season record to 42-0. Prior to this season, his best finish was placing second at the Patriot District meet as a junior. Rupp attributed his improvement to lifting weights and wrestling with grapplers from Hayfield and Mount Vernon.

"I feel like, especially coming into this season, no one really knew who I was," Rupp said, "and I really had to throw myself out there …"