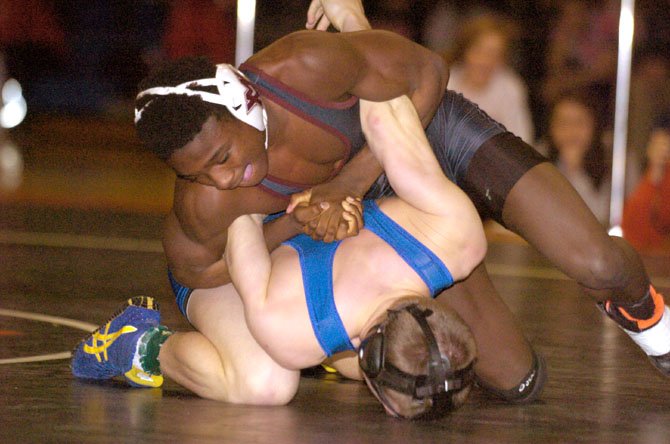 Alexandria — With the clock ticking down and the match seemingly in hand, Mount Vernon freshman Bill Adusei added style points, slamming Robinson’s Austin Riggs to the mat for a takedown. Mount Vernon head coach Anthony McDuffie started high-fiving those around him as victory neared.

Adusei defeated Riggs via 12-5 decision to capture the 126-pound championship at the Northern Region wrestling meet on Feb. 9 at Hayfield Secondary School. Adusei was one of three Majors to reach the finals, but the only one who came away with a title. Mount Vernon finished third in the team standings with a score of 155.5. Robinson won the region title with a score of 232 and Westfield finished runner-up (224).

"He tried to throw me and I got a little bear hug and I just landed on top of him," said Adusei, who improved to 29-2 during his freshman campaign. "… I feel amazing right now."