Learning From the Past
Votes

Learning From the Past

What some area schools are doing to celebrate Black History Month. 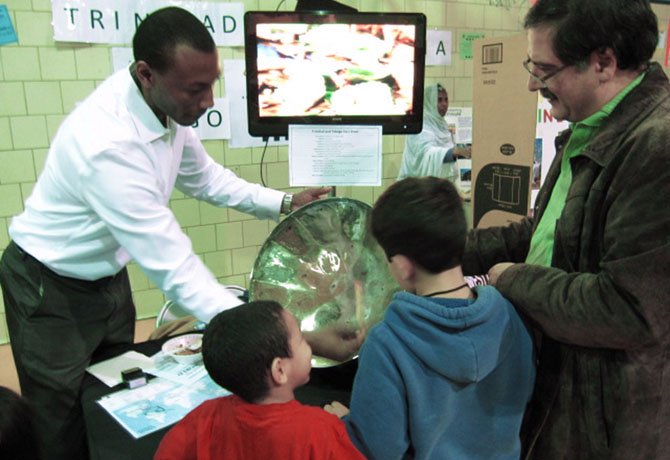 The sound of steel drums vibrates through the air of a crowded auditorium in Potomac, Md. In McLean, elementary school girls share their understanding of the struggles of Rosa Parks. A group of second graders from Alexandria treks to downtown Washington to see the massive memorial statue of slain civil rights leader Martin Luther King Jr. 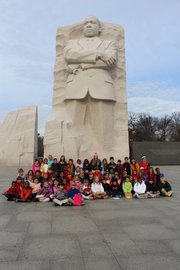 Area schools are celebrating Black History Month with activities like these. They range from student-led faculty meetings to music and food-filled festivals. In fact, some school officials say acquiring knowledge of the history of the African-American community is a significant part of a well-rounded education.

“I think acknowledging and celebrating Black History Month is important because we’re not yet in a place were we can say that we’re paying attention to the contributions, perspectives and experiences of African-Americans in this country on a consistent basis,” said Rodney Glasgow, head of the Middle School at St. Andrew's Episcopal School in Potomac, Md.

“I think acknowledging and celebrating Black History Month is important because we’re not yet in a place were we can say that we’re paying attention to the contributions, perspectives and experiences of African-Americans in this country on a consistent basis.”

A group of eighth-grade boys at St. Andrew’s led a faculty meeting and told teachers and staff what it’s like to be African-American teenagers. “The boys helped our faculty understand a little bit more about where they come from and some of their unique perspectives and challenges,” said Glasgow. “It is different way to celebrate Black History Month, but we’re hoping to do something meaningful and really address the state of African-Americans in our culture.”

Photo courtesy of The Potomac School

Also in Potomac, the multicultural festival at Wayside Elementary School earlier this month gave the school’s families an opportunity to share their diverse histories. “We had food, activities, cultural dancing and background on specific countries,” said Courtney Jones, Wayside’s assistant principal. “It was in our gym and each country had a table set up with information. There were countries like Italy, Korea, Trinidad and Tobago, Jamaica, several African countries, Haiti and even the United States. Families within our community showed photos and artifacts and dressed in traditional clothing. People were able to circulate and learn about each country.”

Ann Richardson Miller, director of admission for The Madeira School, in McLean, said students there shared a school tradition: “We had an all-school meeting in which a team of eight Madeira students who had attended the Student Diversity Leadership Conference [in Texas] … discussed their experiences. Madeira has sent a team of students to that conference for the past 10 years.”

Kindergarten through third grade students at the Potomac School in McLean researched, wrote and read essays about famous African-Americans. “Each homeroom teacher selects one black American each week whose achievements have had a positive impact on our nation,” said David Grant, the school’s director of diversity and inclusion. “The students write a report about that person. Three or four students from each class will do a short presentation during a school assembly on each Friday during February. Students will have learned about 12 important African-Americans by the time the assembly is over.”

“In the lower school, our multicultural director meets with students in grades 3-5 regularly at lunchtime to watch short films and discuss various topics,” said Stratton. “This month, they watched the film, ‘The Children of Birmingham,’ an animation that describes the powerful role young people had in changing the laws of segregation in Birmingham, Alabama. Then they discussed what they can do as children to contribute to our world today.”

Educators say that while Black History Month activities are important, they hope the events spark a dialogue that extends beyond February. “It is important because many people may not understand how important the African-American experience is to our country’s history,” said Grant.