"This is where the dreams begin." 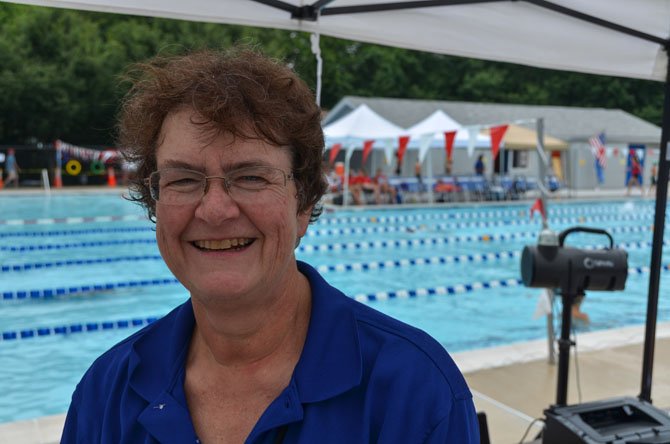 Kerstin Severin, one of the event organizers. Ryan Dunn

Swim Team Chairperson for Kingston Chase Pool Kelly Ginieczki assisted in the event’s program. She said, “I have been team representative for 10 years, and this is our fourth year hosting the Herndon Olympics. About 350 of the fastest swimmers from nine teams with pools located throughout Herndon attended this year and some records have been set this morning.”

“This is our 34th annual Herndon Olympics,” said event organizer Kerstin Severin. “It was first created in 1980 by Joe Smith, head coach of the Herndon High swim team at the time. It is a good opportunity for the kids and everybody to get some exercise. It was also a way for the swimmers in different leagues throughout Herndon to come together and compete before entering high school.”