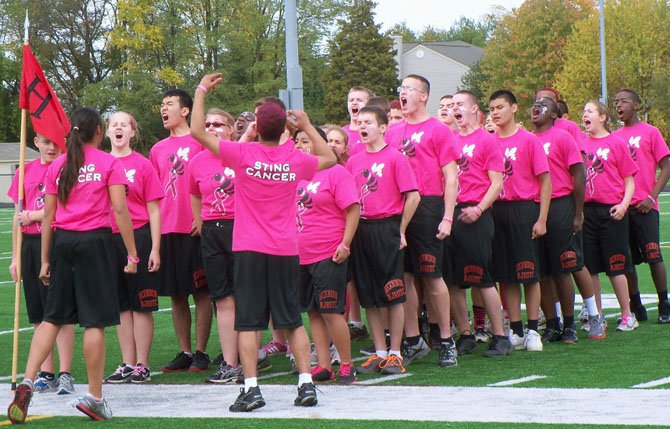 Herndon — Herndon High School’s Naval Junior Reserve Officer Training Corps has been an integral part of the school’s fabric for years. The cadets are students who have decided to make a military experience part of their high school experience.

"They’re an innovative group, and they’re not afraid to come up with things outside of the ordinary, to think outside the box," said Herndon JROTC Commander Richard Cassara, a retired Navy commander.

Cassara has been involved with Naval JROTC for the past 18 years, 13 of those at Herndon High School.

"While few of the cadets will go straight to the military, we’re very proud of the fact that many of them will go to college, many of them are awarded scholarships and many are even candidates to attend service academies," he said. "If a cadet begins to express serious interest in the military, then we sit down and talk about the reality of what service entails, the multiple deployments, the leaving home, just to make sure they’re making any decision with as much information as possible."

FIFTEEN CADETS will graduate this year from Herndon

and eight of them are four-year cadets. The unit changed command last month, with outgoing cadet commander Alastair Young handing off the reins. 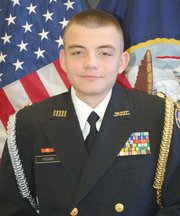 Young, a four-year cadet, started his freshman year not knowing quite what to expect.

"I really liked it, so I figured I’d stay all four years," Young said. "I felt like I had a good relationship with the upper classmen who ran the unit, and when I became a sophomore, I started helping them."

During his junior and senior years, Young helped with unit leadership, enrollment and retention and public affairs. He also was part of the re-establishment of one of the JROTC’s traditions.

"When I was a sophomore, one of the cadets started up the orienteering team again, and after our first year it was a small group, but I wanted to continue it," he said.

"Eventually we grew to the biggest team in the unit, and went to our area state competition. We placed fourth overall and got an invite to nationals in Tampa, Fla., the first time Herndon had gone to nationals. There we placed 11th out of 25 schools."

This year, Young helped lead Herndon to another fourth place showing in Area Five, and they placed eighth in nationals.

During his time with the cadets, Young was given the Distinguished Cadet award and Sons of the American Revolution medal. He will be attending either the Virginia Military Institute or Norwich University in the fall, where he plans to continue with the NAVY ROTC and study chemical engineering.

"I learned a lot about management and leadership. It can be very demanding, but it doesn’t require perfection, just that you give 100 percent of your effort," he said. 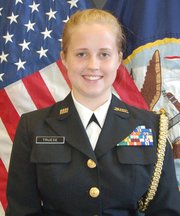 Lauren Truese first got involved in JROTC after seeing her brother’s involvement. That sparked her interest, and she spent all four years at Herndon as a cadet.

"I’ve always been sort of bossy, my mom would tell you that, and this was an opportunity to use it productively," she said. "But it also gives you a great sense of accomplishment, as well as a sense of when to lead and when to follow. You can’t always be the top dog, but as you get experience, you get more responsibility."

HER FAVORITE MEMORY was visiting Charleston, S.C. during a trip.

"We got to see a lot of cool things, like the Citadel, but also got a chance to really bond as friends," she said. "Being on a bus for eight hours really bonds you."

Truese will be attending Mary Washington in the fall, and she hopes to pursue medical studies.

"Having a work ethic is very important in the medical field," she said. "And that’s definitely one thing I learned while a cadet." 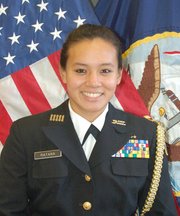 Like Truese, Kathleen Ratana had family who had experience with JROTC. Though her cousins didn’t like their experience, Ratana stuck with it.

"I loved the chance to take a leadership role, which took a year or two, and by the time I was a junior, it would have been pointless to leave," she said. "I really learned a lot about time management and discipline, and I became a much better communicator. If there’s a problem, someone needs to be able to tell someone how to fix it."

She said she plans to enlist in the Army after graduation and then attend Northern Virginia Community College before basic training.

"I feel like the discipline and other aspects of military life are something I’ll be able to adapt to quickly," she said. "My goal is to get into law enforcement, maybe become part of the military police while I’m in the service."

Ratana was awarded the Daughters of the American Revolution medal last month for her time with the cadets.

Cassara said that the outgoing senior class as a whole served as a good example of leadership during their time as cadets.

"This group of seniors has really impressed their instructors, and they’ve really taken seriously the duty of mentoring the members of the lower class," he said. "When school starts in September, that senior class will be better of because of the leadership the current seniors showed in making sure they were ready to take over."