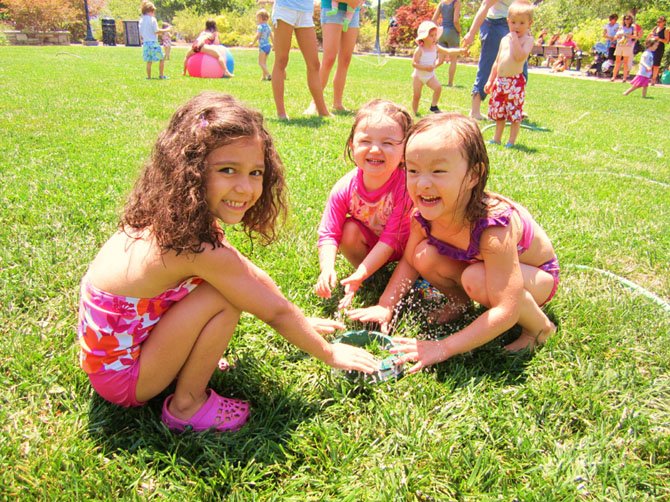 Summer on the Green concerts are a series of free performances presented by the Town of Vienna and its sponsors. All performances are held at 6:30 p.m., unless otherwise noted, on the Vienna Town Green, 144 Maple Ave. E. Bring chairs or blankets for the lawn. No alcoholic beverages are permitted and pets’ presence is discouraged.

June 9, Randy Barrett and the Barretones—bluegrass;

If inclement weather threatens, call the weather line at 703-255-7842 or the Vienna Community Center at 703-255-6360 two hours before the event for cancellation information.

Every Friday and Sunday evening—and summer Wednesday—free concerts liven up the Vienna Town Green. Sponsored by the Town of Vienna’s Parks and Recreation Department and local businesses and individuals, the concerts feature local musicians and special guests, including the armed forces bands.

The Green fills with families, couples and friends, and picnics on the lawn are common. Children dance around the stage and neighbors meet up.

The Concerts on the Town Green kicked off on May 10 and continues through the summer. If inclement weather threatens performances, check the Parks and Recreation weather hotline at 703-255-7842 or the Vienna Community Center at 703-255-6360 two hours before the event for cancellation information. Check the Town’s Facebook page at https://www.facebook.com/TownofViennaVA for concert updates.

*Vienna Idol finals—June 7 on the Vienna Town Green feature some of the area’s most ambitious talents. In its second year, Vienna Idol raises funds on behalf of the Kristin Kyllo “Think Big” Memorial Scholarship, handed out to a James Madison High School senior who embodies the qualities that Kristin embraced. In 2012, Vienna Idol raised $5,000 on behalf of the fund. Caffe Amouri, in partnership with Whole Foods Vienna, The Business Bank, PostNet and Vienna Smiles Dentistry, opens Vienna Idol finals to the public on Friday, June 7. The 2013 Vienna Idol is “people’s choice.” The finalist who garners the highest number of votes—represented by $1—wins the title. 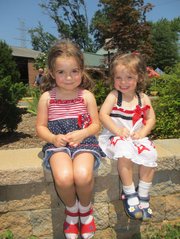 Grace Taylor, 3, and her sister Anna, 2, of Vienna, show off their best July 4th smiles.

On the lawn at Vienna’s original one-room library, located on the grounds of the historic Freeman House, Vienna Parks and Recreation hosts story and music time, followed by sprinkler-time. Parks and Rec turns on its sprinklers disbursed throughout the Town Green—the lawn has to be watered, anyway—for children to run through. The sprinklers are on until about 2:30 p.m. or a bit later.

The program is free. Children might want a towel or blanket to sit on. The towel serves double-duty.

Rocknoceros, the Beatles of the kiddie-rock set, kicks off the children’s concert series on the Town Green.

For a small-town Independence Day celebration, look no further than your local small town, Vienna. The festival, clustered around the Vienna Community Center and adjacent fields and streets, begins at 11 a.m. and runs to 4 p.m.

First-ever Town of Vienna July 4th Pooches on Parade, co-sponsored by The Hope Center. Noon registration at the gazebo; 1 p.m. Pooch Parade on infield of the festival. Pets are invited to come in patriotic costume. The event is free and open to all pet friends.

Oldies performed by Ron Moody and the Centaurs runs from 12:15 to 4 p.m. on the Cherry Street stage across from the gazebo.

And beginning at 7 p.m., live entertainment at Yeonas Park, featuring the music of Fat Chance. At 9:15 p.m. at Southside Park, the town’s pyrotechnic extravaganza begins—fireworks to light the sky as they whistle and pop.

Seating is available at Yeonas Park and the Little League concession stand will be open. Some seating will be available near the playground at Southside Park.

*Late June through mid-August—Town of Vienna-sponsored day camps for children.

Vienna’s Parks and Recreation department has dozens of diverse summer camps for kids as young as 4 years old, and up to the early teen years. There’s something for every kid’s inclination, talent and amusement.

Well, yes, Culinaria runs daily cooking classes for adults and has a metro-wide following. And while kids love sports camps and computer camps during the summer months, most love good food, as well. Culinaria Cooking school runs week-long camps for children and for teens, the camps running three hours a day for one week. From Italy’s Pizza Bianca and Fettuccine with Meat and Tomatoes to Little Fritters (zeppoline) with Hazelnut Chocolate Cream to the world’s favorite dishes, there’s a themed camp to delight any child who appreciates the creativity cooking delivers.

For times and more information on Culinaria Cooking Schools’ summer camps, go to http://culinariacookingschool.com/pdf/CulinariaCatalogSummer2013.pdf. Parents can register their children online there.

*May through early September—Wolf Trap National Park for the Performing Arts.

Ticket prices vary from performer to seating. You can picnic before a performance but keep in mind that if you buy lawn seating, you are out in the elements during showers.

There is no surcharge for ticket purchase when bought directly at Wolf Trap box office or http://www.wolftrap.org/.

Price of tickets for children two and over and for adults are $10 each. For schedule and details, go to http://www.wolftrap.org/Education/TITW_Season.aspx.