Route 1 corridor currently has eight locations; soon to get ninth. 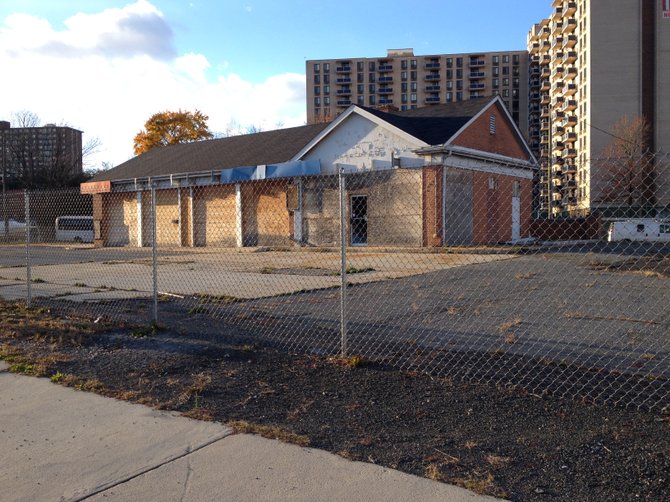 This site is soon to become the latest addition to the series of car-title lending operations that have opened along the Route 1 corridor since legislators opened the door to the industry back in 2010. Photo by Michael Lee Pope.

In the last three years, dozens of new car-title lending businesses have popped up in neighborhoods across Northern Virginia — the result of recent regulations opening the door to a business that charges as much as 264 percent a year on loans. Since 2010, when the Virginia General Assembly gave the green light to the industry, the total number of locations has more than doubled from 184 to 395. And locations are opening every week.

"It's a trap, and although it's presented as a loan it's really loan-sharking," said Jay Speech, executive director of the Virginia Poverty Law Center. "People who get into this end up much worse off than when they started."

Lenders have always charged a range of interest rates for loans, but what's happening now in neighborhoods across Northern Virginia is unprecedented. Back in 2010, after then-Attorney General Bob McDonnell went after the car-title lending industry for violating Virginia law restricting how soon collections could begin on loans, members of the Virginia General Assembly crafted legislation that set rules specific to car-title lenders. The legislation created some restrictions that prevented lenders from going after borrowers for additional money if they had already repossessed an automobile, prevented lenders from charging more than 50 percent of the value of a car and capped the interests rate at 264 percent a year.

"Under this law, Mister Speaker, the industry will not grow," said Del. Terry Kilgore (R-1) when the bill was debated on the House floor. "It will shrink."

THAT PREDICTION ended up being wrong. When the 2010 legislation passed, Virginia had 125 car-title lending locations. By the end of the year, that number had spiked to 184 locations. By the end of 2011, according to a report from the State Corporation Commission, the industry had 378 locations across the commonwealth. And the industry was clamoring for more. In 2011, a year after the new rules were created, the General Assembly considered another piece of legislation that undercut one of the restrictions created by the previous bill — preventing lenders from accepting titles of out-of-state cars.

A number of Northern Virginia legislators disagreed with Oder and supported the legislation to expand the reach of car-title lenders outside the boundaries of the commonwealth. The Senate passed the legislation on a 32 to 3 vote, with every member of the Northern Virginia supporting legislation that was introduced by Senate Democratic leader Dick Saslaw (D-35). On the House side, the vote was much tighter — 51 in support and 47 in opposition. The coalition in support of the bill was bipartisan, including Del. Bob Brink (D-48), Del. Barbara Comstock (R-34). Del. Kaye Kory (D-38), Del. Tim Hugo (R-40) and Del. Mark Sickles (D-43).

"All these laws do is let people get a car-title loan," said Del. Dave Albo (R-42), who also voted in favor of the bill. "People can determine if this is a good choice for them or if it's a bad choice for them."

INDUSTRY LEADERS contributed generously to members of the General Assembly and lobbied heavily to get their way. Since 2009, LoanMax contributed more than $500,000 and Fast Auto Loans contributed more than $200,000. Saslaw received the largest individual contributions, receiving $22,000 from Fast Auto Loans and almost $20,000 from LoanMax. Many of the other legislators voting in support of the industry also received financial support from car-title lenders. When asked about his support of the 2011 bill, Del. Bob Brink (D-48) had little to say.

A map of car-title lending operations in Northern Virginia shows they are clustered in areas with high poverty and low salaries. Manassas has 11 locations. Annandale has four. South Arlington has two. The Route 1 corridor in southeast Fairfax County has seven, and another one is about to open at the intersection with Huntington Avenue. Some say they are concerned Northern Virginia is becoming a place where unscrupulous lenders can take advantage of people in need who come from the District of Columbia or Maryland — a fear that will become more pronounced when a new casino opens in Prince George's County.

"Route 1 has become the car-title lending capital of Northern Virginia," said Del. Scott Surovell (D-44). "And that's the last kind of economic development we need on the corridor."