Notes from the Producer: The Thousandth Night
Votes

Notes from the Producer: The Thousandth Night

The script of “The Thousandth Night” by Carol Wolf arrived in the mail unsolicited and unexpected almost 20 years ago, and I immediately knew I wanted to produce it. With its dramatic flair, incredible storytelling, grounding in a historical period for context, and an amazing tour de force role for an actor, I knew that it had all the elements I looked for in a play and would be perfect in an intimate space. But at the time I had no theatre!

When our new space opened in 2001, I produced it the first season to great acclaim. Knowing I would someday return to this play (and that it had a fabulous set), we moved the set straight to my garage where it has lived for the past 12 years. This spring I am happy to bring this remarkable theatre experience, featuring Marcus Kyd (last seen on our stage in 2005 in “One Good Marriage”), back to new audiences as part of our 30th anniversary celebration.

The challenge to the individual actor in a solo piece is tremendous. The level of commitment to the material and the passion for the story must be palpable. For an audience to experience this level of storytelling from a stage when they are intimately implicated and involved in the story is an unmatched opportunity for a theatregoer. Carol Wolf has written a remarkable play on so many levels that this live theatre experience promises a rich emotional and intellectual journey for both the actor and the audience.

In addition, through sheer chance and a little serendipity I was introduced to “Underneath the Lintel,” written by Glen Berger, by actor Paul Morella when he w 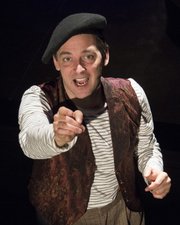 as here last spring performing in “Ghost-Writer.” I couldn’t believe how perfectly this script fit with “The Thousandth Night.” I immediately called director John Vreeke, and we decided that for the first time ever we would produce two plays “In Rep” on the same set and hope that our patrons would agree that there is an interesting, intriguing compatibility and connection between the two. It is storytelling at its best with underlying themes of individual choice and determination and that universal search for the meaning of life or, in other words, untangling the mystery of life. Entertaining yet poignant, AND exquisite roles for two of our favorite actors. 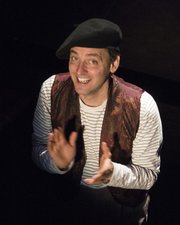 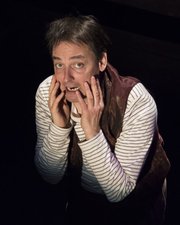