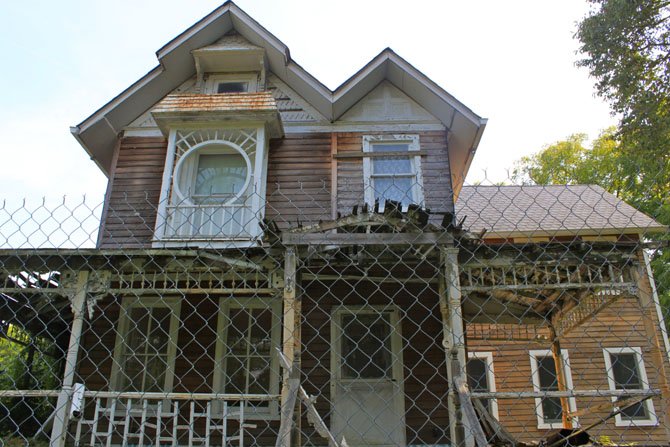 The Turner farmhouse, Great Falls, may be considered for a possible county resident curatorship program. Photo by Reena Singh.

Historic homes that have been abandoned - and perhaps lost their original charm - could have a second chance to return to their former glory.

Fairfax County is currently finalizing a resident Curator Program Implementation Study that would allow anyone with the time, money and expertise, to live in a historic place in order to fix it up.

According to County Planning and Zoning Historic Preservation Planner Linda Blank, this is the first program of its kind in the state. The finalized study - before it is looked over by the county Board of Supervisors - is scheduled to be completed in the early fall, according to the county website. 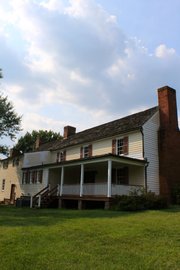 The Dranesville Tavern, Herndon, is one of the properties being considered for a possible resident curatorship program.

“The county has a stewardship responsibility,” Blank said. “This would be an opportunity to provide a fiscally responsible means to preserve these properties.”

The study is a joint effort by the county Park Authority, Department of Planning and Zoning and History Commission.

Because the county Board of Supervisors has to vote on the plan before any decisions are made, the details of the program are still flexible. However, Blank said the buildings the county will allow to fall under the program need to be historical, publicly owned, underutilized and have no planned use in the future.

The people chosen will have to have the funding to do the work and preferably have experience with historical preservation.

EACH ARRANGEMENT for length of time the person, family or organization can work on the building will be handled separately.

“I think that the general consensus is about five years,” said Blank.

The utility bills and taxes will fall on the curator's shoulders, but the building would still be considered publicly owned property. Several times a year, the building will need to be open to the public if county residents want to see the progress of the work being done.

Blank said most of the comments and requests for the program have been for the Turner Farm House, a Victorian-style home that is located near the Great Falls park by the same name. Another popular request has been for the Gabrielson House in Oakton.

The Turner farmhouse has been a controversial topic in the village for several years. The Save Turner Farm group, which advocates for equestrian clubs and the stargazing Analemma society, wants to keep the park low-impact and make sure no additional lights are placed near the site. The park and the farmhouse has been proposed by interest groups to be used as a recreation center and art studio, among other community areas.

Resident Ginger Nelson-Yale, Turner Farm Team, said the home has been identified as one of the last Queen Anne-style buildings in the county. Because it’s not just an old, abandoned farmhouse to her anymore, she sees it as the opportunity to preserve what she calls a “viewshed” on well-traveled Georgetown Pike.

“So, there is a need to find an appropriate use for the house for this viewscape to be maintained,” she said. “The county has to do something with the property, the house cannot stay as it is. For those of us who like the Turner Farm as it is, finding a use for the house may also offer the best protection to that current usage.”

IN ALPHABETICAL ORDER, these are the properties that were listed in the study during its public comment period last month.

For more information on the study or a meeting schedule when the plan is finalized, visit http://www.fairfaxcounty.gov/parks/plandev/resident-curator-program.htm.