In exchange for rehabilitating the property, the curator gains use of the property and pays no rent. 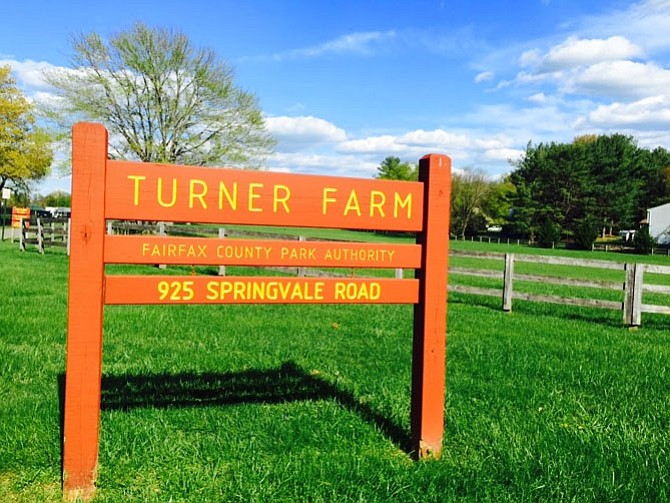 Sign at Turner Farm Park. Many people in Great Falls would like to see Turner Farmhouse one of the first properties to be considered for the Resident Curator Program. File photo

Virginia enabling legislation requires a property to be historic and publicly owned to be considered eligible for a potential Resident Curator Program. Additionally, listing in or determined eligible for listing in the Fairfax County Inventory of Historic Sites was the threshold used in this study for a property to be considered historic. The following criteria have been established to rank properties to determine the order in which each property should enter the program, if established.

These criteria could also be used to determine the eligibility of properties for the program that are not currently identified in this list: property is underutilized; no direct or immediate use, either currently or in the foreseeable future; need for substantial rehabilitation; public interest; integrity; utilities are connected or available; access to the property.

Fairfax County is the first Virginia locality to pursue establishing such a project.

Nineteen county properties made at least an initial cut from a list of 340 sites on the Fairfax County Inventory of Historic Sites.

Resident Curator Project Team will hold public information meetings and issue requests for information as details of the program develop.

In Great Falls, there’s the Turner Farm House on Georgetown Pike and the Purple House on Walker Road.

In McLean, the Pimmit Barn on Cherri Drive, Lewinsville House on Chain Bridge Road have potential for being considered.

In Herndon, Leesburg Pike is home to the McDannald House and Dranesville Tavern that have historic qualifications.

In Oakton, there’s the Gabrielson House on Leeds Road.

Lorton had the most properties of any town, including the Barrett House, Stepson House, and the Hannah P. Clark House, all three on Furnace Road, the Minnick House on Old Colchester Road, the Lipscomb House (Physician’s House).

Most of the properties are owned by the Fairfax County Park Authority, with the exception of Physician’s House in Lorton and Purple House in Great Falls, both owned by the Board of Supervisors.

“The end goal is to rehabilitate and maintain underutilized historic properties and provide periodic public access to appreciate the historical significance of the properties,” according to county documents. 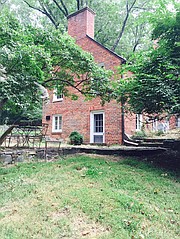 “EACH OF THESE properties is so unique,” Cindy Walsh, of the Park Authority’s Resource Management Division, said at the inaugural meeting on Monday, Aug. 24. Walsh said she had heard not only from individuals who would be interested in living and restoring historic sites, but nonprofits, citizens associations, wineries, restaurants, art galleries, and a beekeeper.

The group will meet in September to try to determine how to proceed.

On the other hand, starting with a historic house on the list that is already ready for residential use compatible with Planning and Zoning might quicken getting started, said Michael Thompson from the Fairfax County Park Authority Board. Request for information and proposals, part of the process, would be significantly different depending on which properties are considered, he said.

“It’s critical knowing which properties are on the table,” said Christopher Daniel, from the Architectural Review Board.

The next group meeting is scheduled for September, and more will be known by that time.

The group already has compiled lists ranking properties in terms of historic and publicly owned prerequisites, whether properties have been underutilized, the conditions of the properties, the public interest, location, design, setting, materials, workmanship, if properties have electricity, water and sewer utilities in place.

RESIDENT CURATOR PROGRAMS identify publicly-owned historic properties with no immediate or practical public use and through an open and competitive process, select outside parties with skills, resources and vision to rehabilitate a property in accordance with accepted preservation standards for historic buildings. In exchange for rehabilitating the property, the curator gains use of the property and pays no rent.

A report commissioned by Fairfax County in 2014 ranked some of the possible properties for the Resident Curator Program in the order shown here. County staff caution that planning for the program is in its earliest stages and speculation about any particular property is premature.