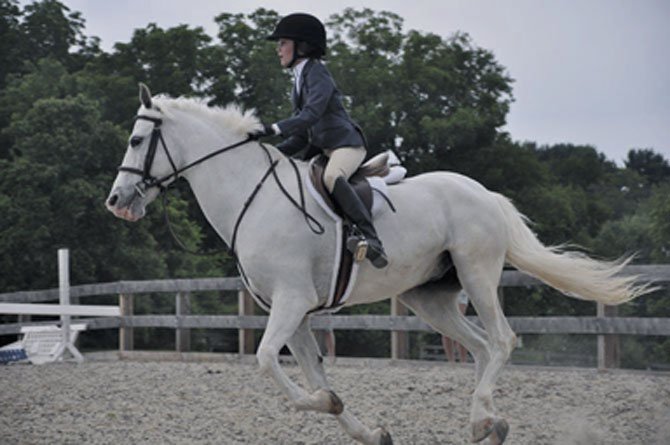 Many citizens of Great Falls hope to keep The Turner Farm a low-impact park.

“We’re trying to raise awareness of Turner Farm Park,” said GFCA president Eric Knudsen. “Next May, they will start a review for the addendum for the farmhouse tract of land.”

He said the review process usually takes about a year. The comprehensive plan can be found at http://www.fairfaxcounty.gov/parks/plandev/downloads/turner-farm-cdp.pdf/. 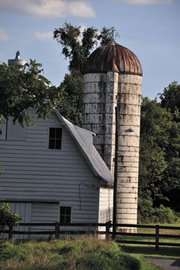 Great Falls Citizens Association wants to save Turner Farm through the resident curatorship program, which the county just released the plans for.

An impromptu straw poll he took for the approximately 25 people in the room showed that no one was interested in having the house flipped through the resident curatorship program by someone who would bring a lot of traffic through the park.

The plans for the curatorship will be open for review for 30 days. Knudsen said he will ask county officials to not close the review until a representative can speak about it at the next association meeting.

The house, which is located on the park and has historical significance - including tall tales of former Soviet Premier Nikita Khrushchev seeing the missile defenses from a helicopter on the way to Camp David - has been in shambles since being given to the county Park Authority in 2011.

“Fairfax County Park Authority bought it and studiously ignored it after putting up the chain link fence, and it has been breaking a lot of hearts,” said Save the Farm advocate Beverly Crawford.

Crawford showed a slideshow about the history of the land from the time it was known as the Nike Missile Site. The land that is used by the Analemma Society and equestrians for the park today was debased in 1990 and given to the Park Authority in 1999.

According to her slideshow, the land, known as “Little Nike” to the government during the Cold War, was the integrated fire control site where the missiles from nearby “Big Nike” could be tracked with radar and computers.

President of the Georgetown Pike Association John Adams, Ginger Nelson Yale with Turner Farm Team, President of the Analemma Society Charles Olem, Former Northern Virginia Conservation Trust board member Richard Bliss and Nicole Gnozzio with Riverbend Hunting Club participated in a round table discussion to talk to the GFCA members about why Turner Farm’s preservation is important to Great Falls and their organizations.

“I’m very grateful you have been able to keep Turner Farm open for the equestrian community,” said Gnozzio. “That means a lot to us.”

Resident Christopher Lehman said the park represents a lot of what Great Falls represents in contrast to the surrounding communities - a rural, low-impact area. He warned that unless someone with money approached the county about the changes the community wants, they might not get what they hope for.

“Going and seeing a horse event or seeing the kids at the playground - it’s the perfect green, nice space,” he said.