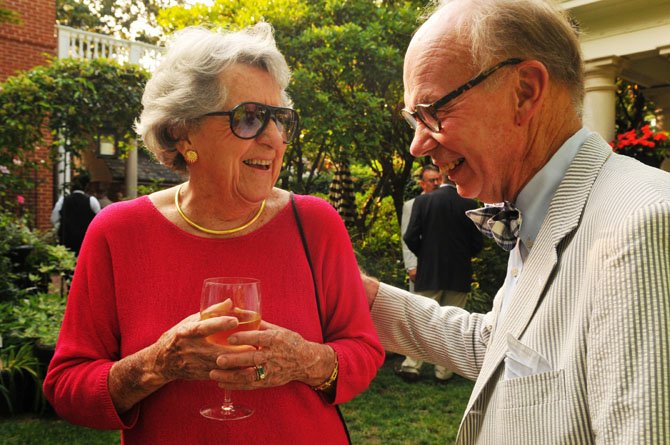 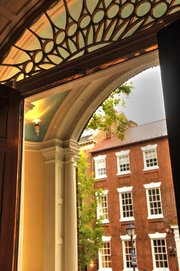 The garden at The Lord Fairfax House on Cameron Street overflowed with guests at the annual meeting and garden party of the Historic Alexandria Foundation on Sunday afternoon, June 8. HAF executive director Mary Sparks Sterling opened the annual meeting by introducing foundation president Dr. Morgan Delaney. Preservation awards were given to Murray Bonnit and architect Paul Beckmann for the renovation and preservation of the warehouse at 106 S. Union Street, now known as Virtue Food and Grain.

Robert Brandt and architect Steve Bannigan were acknowledged for the vision and work with the warehouse at 204/206 S. Union St.

Preservation grants were given to the Athenaeum and the Stabler-Leadbeater Apothecary Shop. The Athenaeum received $15,000 toward the restoration of the four Doric columns. The Apothecary received $3,980 to purchase two reproduction show globes for the bay windows of the shop.