Fairfax County considers ending half-day Mondays, at the cost between $4 to $7.6 Million. 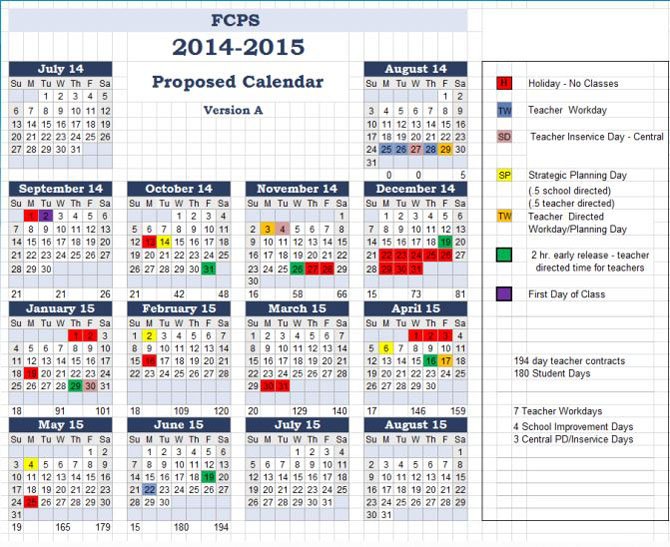 Changes could be coming soon to school schedules in Fairfax County, under a new plan announced by Superintendent Karen Garza at a work session on May 28.

The recommendations would get rid of half-day Mondays for elementary school students, while also giving elementary school teachers more dedicated time for planning, Garza said, spreading the planning time throughout the week instead of having it on Mondays.

“I do believe this is the solution to the issue of time,” Garza said at the work session.

Getting rid of half-day Mondays would bring 2.5 more hours of educational time for students. Ten extra minutes would also be added to the school day, to be used for recess.

“I do believe we have to take on and change our elementary school schedules,” Garza said.

THE PLAN will cost money to implement. Dan Parris, interim deputy superintendent, estimates that it will cost between four to 7.6 million dollars to support changes including “staffing positions at the elementary level to meet expectations for collaborative and teacher-directed planning time,” according to the presentation.

“If you want to do this, there is an investment,” Parris said.

Garza said whether this happens in September or next year, it needs to be done.

Parris led a working group that came to the recommendations, looking to find efficiencies and increase effectiveness in schedules.

“When you look at our working conditions feedback and data we received, elementary folks tend to rate their working conditions higher on seven of the eight constructs. The one that they don’t is around time,” Parris said. “In order to do something with the elementary day, you have to address the equity issue around the teacher directive planning time.”

School board members varied on whether they believe the changes should occur this year or next.

“This solves a lot of problems for families. I’ve had teachers tell me that their families would save hundreds of dollars a month not having to cover day care expenses on Mondays,” said Elizabeth Schultz, school board member for the Springfield district.

Tamara Derenak Kaufax, school board member for the Lee District, said she had some concerns for the plan’s implementation in 2014, especially for smaller schools and newer principals.

ALSO PART of the proposal at the May 28 work session was a change to the entire school system’s calendar from the state required 180 days to 990 hours, another state-approved option. This would allow for 13 snow days to take place without requiring any make-up days. This year, the school year is extended three days because of 11 snow days this winter.

Parris examined the number of snow days Fairfax County has had from 1989 to 2014. He said more snow days have been used over the past ten years.

“We have used an average of 3.9 snow days per year in that equation,” Parris said.

Loudon County has a similar system now in place.

“This finally, once and for all, resolves us having this unknown out there of all late we could possibly go,” Schultz said.

But whether the changes will occur this year or next is unclear.

“What we would be suggesting if we did this is we would no longer be going by the 180 calendar. So that means we have enough hours beyond the 990 hours required the equivalent of 13 days. So let’s say we had another Snowmageddon and we miss 14 days of school, after the 13th day, we would no longer meet the 990 hour requirement,” Garza said.