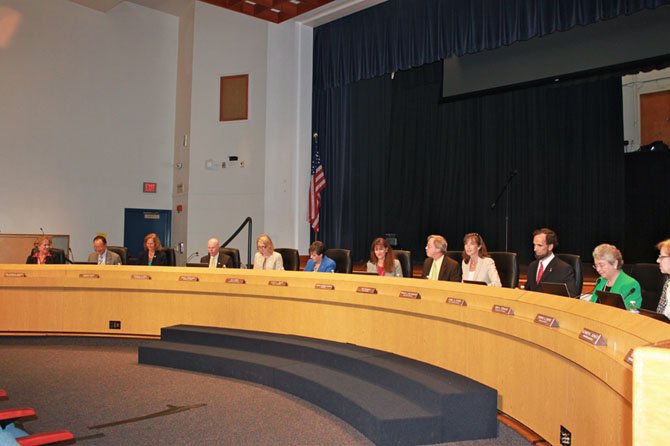 The implementation of “full day Mondays” has been anything but easy for area elementary schools.

The challenges that Fairfax County Public Schools faced to bring more hours to elementary students’ school year was addressed by Superintendent Karen Garza and several board members during a school board meeting on Sept. 4 at Jackson Middle School.

Full day Mondays were approved by the board during its June 2 meeting. “I acknowledged publicly that it was a very aggressive timeline,” said Garza.

She said it was her job to acknowledge that implementation has gone less than perfectly.

Mondays were originally cut in the early 1970s to give elementary teachers more planning time. When Monday was chopped in half, student recess was also cut. Students had 10-minute recess breaks to make up for lost time in the classroom. With the implementation, students are given 20-minute recess breaks with the additional instruction time.

Garza previously promised that teachers will still have adequate planning time. Board members agreed that she fulfilled that end of the promise.

“The new schedule seems to be working,” said Dranesville District board member Jane Strauss. “You reassured us that it would work, and I believe you’ve done a good job.”

Garza congratulated FCPS teachers and principals for doing the best they could during the several months they had to prepare for the additional hours.

“I worked with every single principal in the division,” she said. “Every single one.”

AUDIENCE MEMBERS clapped and cheered when she stated that, over the course of a student’s elementary school career, a total of 90 days would be gained with the added hours.

Springfield District board member Elizabeth Schultz said she had fought for implementation for more than two years.

“I know there was a lot of trepidation, especially among teachers,” she said. “They can see how well this plan is going to work and are grateful it is finally rolling out.”

Schultz was in the second grade when her family moved to Fairfax County — resulting in her moving to a FCPS elementary school. At the June 2 meeting, she said she remembers not understanding why she only went to school for half a day on Monday. During her time on the school board, she asked administrators how the elementary schools were meeting accreditation standards with the hours missed and was dissatisfied with their answers. Schultz said that schools throughout the district had been inconsistent with tracking whether students were in class for the amount of time required by the state.

“Dr. Garza’s approach was to have a more unified practice across the board,” she said.

According to Schultz, 54 percent of the total student population comprises elementary students. Earlier during the meeting, Garza stated that 186,000 students were enrolled in the school system this year, making it the 10th largest school district in the country.

“Every single elementary student in FCPS benefited from this decision,” Schultz said during the meeting. “Every single one.”

She elaborated before the closed session that the additional hours allow students in gifted programs to get more time for STEM (science, technology, engineering and math) learning and gives students in remedial programs more time to be helped. Rather than helping only one group of students or a specific grade, she said, it benefited all elementary students.

“That’s why we were so passionate about it,” she said.

THE FINANCIAL BURDEN the school system is facing as a result of the implementation is also a concern for board members.

“It was estimated that it could cost $7 million to implement full day Mondays,” said Schultz.

She and others, including Braddock District board member Megan McLaughlin said the Fairfax County Board of Supervisors should help shoulder the costs.

“It didn’t fall neatly into our budget,” said McLaughlin. “It came after the fact.”

Because it was approved after the 2014-15 school budget was passed, extra funding was requested.

“We’re increasing our services to our students and our families,” she said.