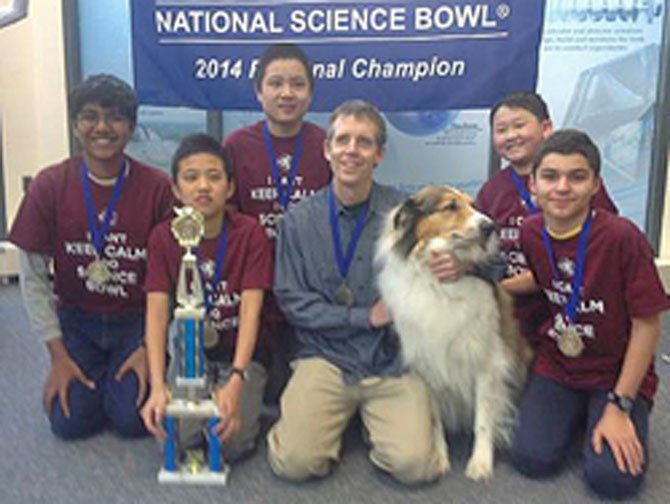 The Longfellow team placed first in a field of 16 middle school teams, winning a $750 prize to support science programs at the school.

The team from TJHSST competed against 22 other high schools in the regional competition to win the $750 prize. Team members are Matthew Barbano, Ross Dempsey, Janice Ong, Victoria Xia, and Tiger Zhang.

Both teams will compete in the National Science Bowl in Washington, D.C., April 24-28.

Science Bowl is an academic competition for middle and high school students that tests their knowledge, via a question and answer format, in biology, chemistry, Earth science, physics, energy, and math.