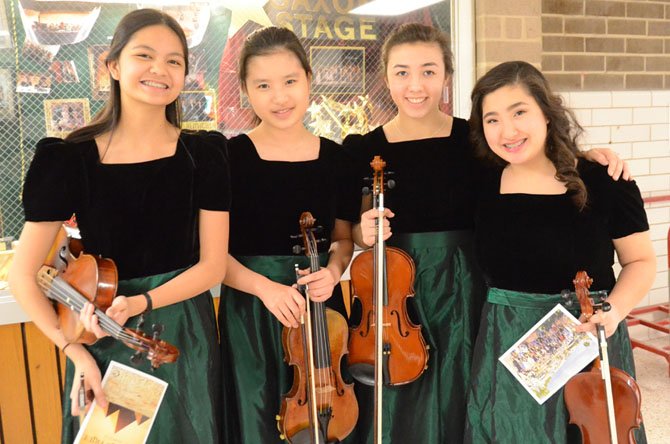 concert, a dinner was held to welcome the Middle School students and give them a chance to mingle with the older musicians.

opened the concert with two pieces by Shostakovich and Gilière.

The freshmen were followed by the Cooper Concert Orchestra’s performance of "Conquistador!" The concert continued with Langley and Cooper Orchestras switching between orchestras and performing a variety of musical themes. The Langley

by Soon Hee Newbold to wrap up the selections from Cooper. There were Interlude performances on the piano by Lyric Yu and Theron Masters, which captivated the audience. The last piece of the evening was "Tema Russo" from "Serenade for Strings" by Pyotr I. Tchaikovsky, performed by the top musicians of Langley combining the Philharmonic Orchestra and the Chamber Orchestra.

The Pyramid Concerts are a time for Cooper and Langley students to unite and play for one community. It is also an opportunity to inspire younger musicians to continue playing and join these organizations. David Cramer (father of