‘Look Around and See the Smiles’
Votes

‘Look Around and See the Smiles’ 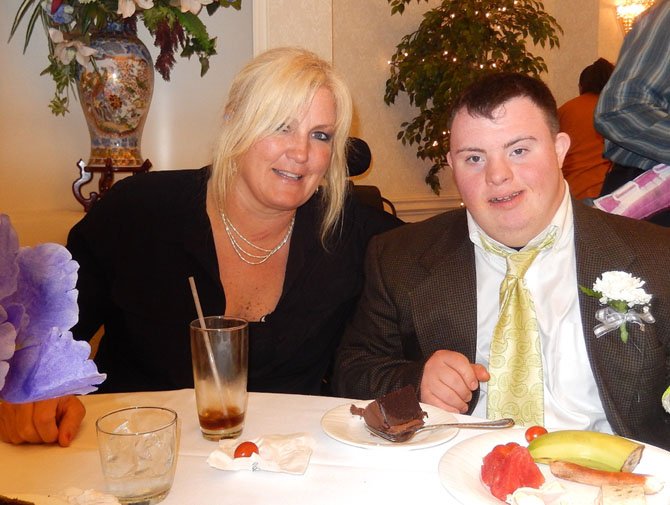 Enjoying the Day Prom are Kathleen Melendez and senior Devin Burgess from the Kilmer Center. Photo by Bonnie Hobbs.

Last Thursday, May 8, some 400 students got all dressed up and went to their prom at the Waterford in Fair Oaks. Once there, they had professional photos taken, ate pizza, sang karaoke, laughed and hung out with their friends. And when the music played their favorite songs, they filled the dance floor and showed off their coolest moves.

The only difference between this prom and others is that it happened during the daytime and the participants were special-ed students and their teachers. In fact, it was the 13th annual Day Prom, and students from 11 different schools attended.

“It’s good because, not only do they get to socialize in an environment that’s open and friendly, but they get to experience one of the rights of passage that all high-school students should experience,” said Centreville High instructional assistant Kate Leimkuhler. “It’s great to be able to relate to them, not necessarily as an authority figure, but just as a friend who cares. And it’s really enjoyable watching them just cut loose and have a good time.”

“All you have to do is look around and see the smiles, and you can tell how much fun they’re having,” said special-ed teacher Vicki Hudson, head of Centreville’s Best Buddies program which pairs general-ed and special-ed students for friendship and shared activities.

“We added more schools to the Day Prom this year,” she said. “We couldn’t bring as many general-ed kids, as usual, because of it. But it’s great that so many schools want to do this. The staff here is really spectacular to work with, and the folks from LifeTouch are donating their time and services to take the photos. They’ll put the pictures on a disc and Target will print them for us.”

Among those attending were students from the Kilmer Center in Vienna. Kathleen Melendez, a public-health training assistant, kept senior Devin Burgess company while he snacked on pizza, fruit and chocolate cake.

At the Day Prom, said Melendez, “The students get to express themselves however they want and enjoy themselves. They know all the other kids from the other schools, so it’s fun for them to do things together. And they love getting out of school and eating all the food, dressing up and dancing. It makes them feel special – in a good way.”

Her school brought six students to the prom, including Burgess. “He’s nonverbal, but he’s in heaven around all this food,” said Melendez. So when she asked him if he was having fun, he gave her a big smile and a hearty thumbs-up.