“I was struck by the epidemic that all emergency physicians encounter: seniors living alone who injure themselves and aren’t checked on for days,” said ER Doc Alex Mohseni. “Most often, the story recited by the medics is one that is rote to them: the senior got up in the middle of the night to use the restroom, took a fall, and couldn't get up. Lying on a cold floor for hours or days, with a broken hip or arm, or a head injury, the senior is unable to get up on his/her own, unable to call for help, and often unable to use the Medical Alert device. Eventually, a neighbor or mailman notices something might be wrong and notifies 911. The medics then bring her/him in to us. I cannot describe in words the horror of what happens to a human who is lying without food or water on a cold hard floor, often lying in his or her own excrement, rapidly developing pressure ulcers, all while in severe pain from a broken hip or arm. This shouldn't happen to any human. This doesn't need to happen. I don't want this to happen to my loved one. I encountered all sorts of disasters with people living alone and then I began to focus on the question: ‘What can I do as a physician to help seniors?’” 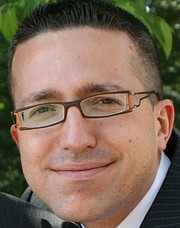 After researching the problem for a long time, Mohseni and Ali Sajadi, M.D., a doctor of urology as well as a technology inventor, decided to launch a company with the consultation support of Dr. Jason Brandt, an expert in Alzheimer’s, Huntington’s and other dementia syndromes. Based on research performed by Brandt, they developed a check-in system in which a medical professional calls daily on a telephone land-line with questions that verify the current cognitive functioning of the senior. 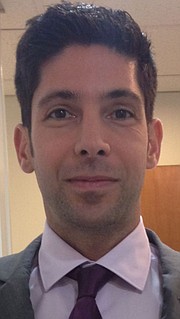 They launched their company Seniorbility a few weeks ago – a company that will “monitor the cognitive function of your senior over time, giving you daily reports on their brain power, which reflects their daily ability to safely live alone.” Their goals co-ordinate with the “Aging in Place” philosophy that seniors are happiest when they can remain living independently in

their own homes – but they also synchronize with the knowledge that as seniors age, they need a safety net in place.

Mohseni explained their plan for checking daily on each senior. “Before the call, I will randomly choose a city, state and zip code to give the senior at the beginning of the conversation. Then I have a short discussion with the senior about how they are feeling, what they are doing, have they been taking their medicines, etc. At the end of the conversation, I ask them to name the city, state and zip code that I first gave them. I score them on their factual memory and then email the family members the score as well as my comments on our daily conversation.

“We started our pilot in May, and have put a lot of research into our model,” said Mohseni. “The seniors really enjoyed the daily human touch and being able to connect with someone over the telephone every day.”

“Our service is not meant to replace a Medical Alert device. It is an adjunct – a Medical Alert device is active, ours is more passive – yet pro-active because it is a human who checks every day with your senior and also gives you an early warning if there does seem to be a problem. In the future, we plan to add an eldercare referral agency in order to refer people for more services if they need them.” 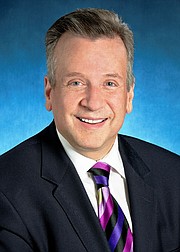 Mohseni grew up in Potomac and graduated in 1995 from Winston Churchill High School. He received his M.D. from the University of Maryland and then completed a residency in emergency medicine at Thomas Jefferson in Philadelphia. He is now an ER physician at Emergency Medicine Associates.