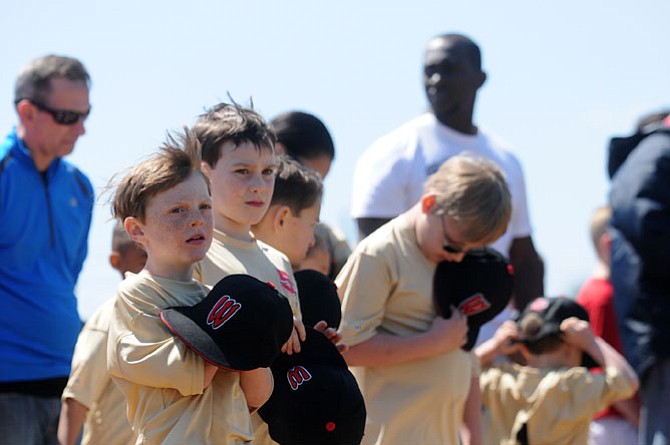 It was a day to “play ball” and 1,200 boys and girls showed up in Mount Vernon to do just that. Saturday, April 11, was opening day for the Fort Hunt, Alexandria-Potomac and Woodlawn Little Leagues. Ceremonies were held all morning on fields throughout the district. The concluding ceremony for Woodlawn Little League was held at the John McNaughton Memorial Fields on Pole Road. This season Woodlawn LL is celebrating its 50th anniversary.