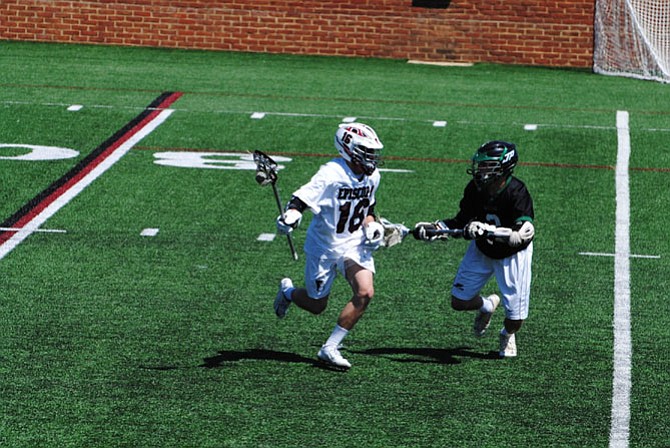 “I never really thought about going to the academy until they recruited me and I visited,” Jacoby said. “When I compared it to other colleges I visited, I realized I didn’t want to take a regular college route ... I wanted to challenge myself academically. I wanted to challenge myself as in ... being a part of something that’s huge. I really wanted to be part of the brotherhood in the Navy.”

Jacoby said he spoke with Chapman Jasien, a 2015 Robinson graduate who won two state titles with the Rams and will play for Navy, about his college choice.

“He kind of talked to me about the opportunities you would miss if you didn’t go to the academy,” Jacoby said.

Jacoby played midfield for Episcopal as a freshman, but could play attack as a sophomore.