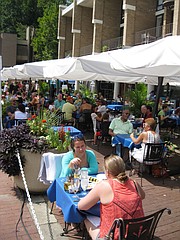 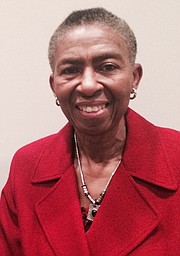 The Fairfax County Board of Supervisors and Lake Anne Development Partners LLC are terminating their current contact to revitalize and redevelop Lake Anne.

“LADP indicated that serious market obstacles exist, and that the initial deal negotiated with the County may not be economically viable at this time,” according to county documents.

Plans to renovate apartments and commercial plaza was approved earlier this year, “after years of debate and discussion,” according to Reston Association.

The plan for Lake Anne called for 1,037 new mixed-income residential units, more than 110,000 square feet of new retail including a 15,800-square-foot boutique grocery, 82,454 square feet of office space, an amphitheater with outdoor movie screen, an expanded plaza with community gathering area, multiple public parks and additional trails, underground parking and more. The Board of Supervisors approved the plan in March, 2015.

THE PROJECT was planned in phases, and would have taken more than a decade to complete.

“The County is deeply disappointed by this turn of events and shares the frustration that we know the community must be feeling. We will keep the community informed on the status of the site,” according to a statement.

Cathy Hudgins, Reston's representative on the Board of Supervisors, is not happy about the situation.

"The Crescent community has been on edge," she said.

Residents of the Crescent Apartments, who would have had to move for the Lake Anne plan to go forward, were anxious about the timeline, Hudgins said, and it was time to let them know that they could stay put because the deal would not go forward at this time.

The Crescent apartments had developed significant vacancies associated with the planned redevelopment, but will now begin leasing again soon.

Longtime Lake Anne resident and advocate John Lovaas expresses his disappointment in his column this week in this paper.

“I fear the outlook for Lake Anne revitalization is not good,” Lovaas says. “Certainly, we face at minimum two-to-three years additional delay. Worse, it is difficult to imagine a project of the high quality of LADP’s plan emerging from the ruins, and harder yet to imagine one with anywhere near the generous affordable housing components.”

HUDGINS sent a letter Dec. 10 to Crescent Apartment residents, according to the Reston Association. "As next steps, the county will begin deliberations about the longer-term implications for the future of the Crescent redevelopment site. At this time, the county is not prepared to predict when or how we will proceed with redevelopment of the project.”

But the county statement emphasizes that “Fairfax County remains committed to the Crescent’s current mission as a vital affordable housing resource and as a vehicle for revitalization in the historic Lake Anne community.”

With redevelopment plans now discontinued, Reston Association says it “is pursuing discussions with county representatives to determine: 1) the status of the Final Development and Disposition Agreement between the county and LADP (its chosen developer partner); and, 2) whether the county will soon seek a replacement redevelopment partner.”

RA’s Board President, Ellen Graves, said the association is both surprised and disappointed. “RA supports the revitalization of Lake Anne Village Center, as contemplated in the zoning and development entitlements, which were approved earlier this year by the county and the association’s Design Review Board,” said Graves.