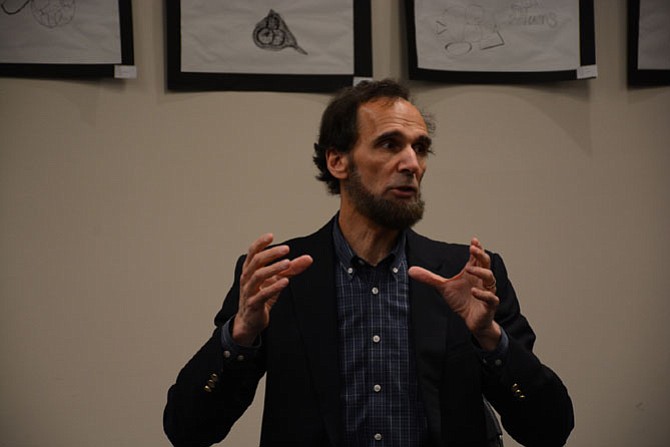 It was standing room only at one point in the Sherwood Regional Library. Parents concerned over the significant boundary changes outlined in Fairfax County Public Schools proposed Capital Improvement Program (CIP) for FY 2016-2020 had gathered on Jan. 10 to hear from School Board Mount Vernon representative Dan Storck.

The plan cites the U.S. Route 1 corridor as an area of major concern in the county, with respect to overcrowding and achievement gaps. It proposes constructing two new elementary schools in the Mount Vernon and Fort Belvoir areas, and lays out specific plans for reassigning students among various schools.

Storck wanted to remind parents that the plan, however detailed, is still just a plan.

“How it was done this year, it’s too specific,” he said, comparing the five-bullet-point overview for Stratford Landing Elementary School in this year’s CIP to the much shorter and more general entry from last year.

“It implies a decision when absolutely no decision has been made. It implies these will be done, but it’s what could be done.”

Though Storck and the School Board had been involved with FCPS Superintendent Karen Garza and the creation of the CIP, he said the release of the plan got ahead of their communication on it.

“It was a huge surprise,” he said. “We know more than staff, how it’s going to be used.”

The School Board will vote on the plan next week, Jan. 22, in chambers at Luther Jackson Middle School.

But, Storck said, what will really drive the future of how the plan plays out is a four-to-six month boundary study that should begin in March. Communication and community engagement for the study should kick off in February, he said.

Storck will be holding his own meeting for education leaders including PTA presidents later this month, to help them “understand and navigate” the dates and procedures of the study.

More information on the FY 2016-2020 CIP can be found at www.fcps.edu/fts/planning/cip.shtml.