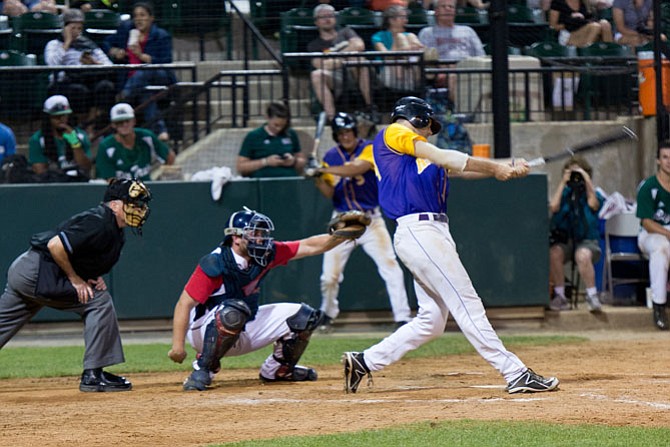 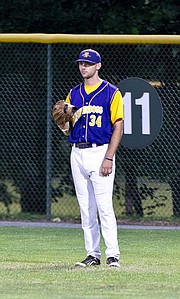 After graduating from Yorktown High School in 2011, Shaun Wood spent the next two years working toward his goal of playing baseball at the Division I level.

After becoming a member of the West Virginia University baseball program and redshirting during the 2013 campaign, Wood worked on proving he belongs.

Now a rising redshirt junior, Wood is pleased with his progress and hopes to have a future in baseball beyond the college level.

For the summer, Wood is once again a member of the Cal Ripken Collegiate Baseball League's Vienna River Dogs. The 6-foot-6, left-handed-hitting slugger played in his third league all-star game on July 15, going 0-for-1 for the South All-Stars, who beat the North All-Stars 3-2 at Shirley Povich Field in Bethesda.

While he failed to get a hit, Wood's production at the plate has been solid during the summer league regular season. Entering Tuesday’s action, Wood was batting .255 with four home runs (second on the team) and 16 RBIs (third on the team) in 31 games.

“I’m hitting better than I did during the [college] season,” Wood said.

Wood, an outfielder, played in 51 games for WVU in 2015, including 44 starts. He struggled from an average standpoint, batting .176 (29-165). However, Wood showed he could hit for power, smacking eight home runs (tied for second on the team) while producing a team-high 32 RBIs.

“I struggled with average this year, but I hit a decent amount of home runs,” he said. “It was a pretty good year.”

As a senior at Yorktown, Wood earned first-team all-district and second-team all-region honors. However, after not receiving a college offer to his liking, Wood opted to attend the IMG Baseball Academy in Bradenton, Fla., to polish his skills.

“It was good for me,” Wood said. “I was kind of awkward in my body, and I kind of found myself there with my athleticism. I got a lot better there, so it was good for me.”

The following summer, Wood had hoped to wind up at either West Virginia or Appalachian State, but coaching changes seemingly derailed those plans, leaving unsure of his next move. Wood, however, eventually ended up at WVU.

For next season, Wood said he wants to shorten his swing and reduce his strikeout total. Wood fanned 45 times in 165 at-bats in 2015.

“I feel a lot better than I did [coming out of high school],” Wood said. “I feel like I can definitely play at this level, and possibly at the next level, hopefully.”