Seeing Red: After Four Years In Limbo Arlington Will Have New Retail Plan 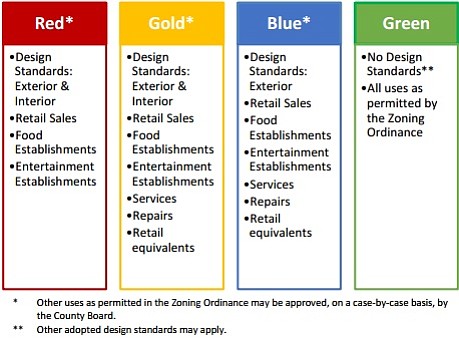 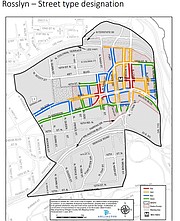 After nearly four years, Arlington’s new retail plan passed through the County Board on a 4-1 vote. But despite its “flexible new approach,” many in the county took issue with the plan’s restrictive “Red Streets.” Use of Red Streets is limited specifically to retail, food, or entertainment establishments. Gold, Blue, and Green Streets are each decreasingly restrictive, but many of the main roads through Arlington neighborhoods are listed as red. Discussion in the audience and on the board surrounding the use of Red Streets consumed the majority of the discussion at the County Board’s July 18 meeting. 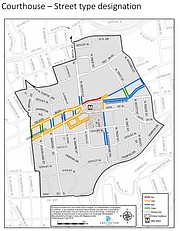 According to the Retail Plan, the Red Streets are designed to work as clustered environments that allow customers to see all of the retail options at once. The core problem, for some in Arlington, is that the Red category limits non-traditional retail spaces from Red Streets. While the plan was approved by many community organizations, each expressed concerns about the red zone restrictiveness.

Kate Roche, president and CEO of the Arlington Chamber of Commerce, endorsed the plan and said she supported the generally less restrictive direction the retail plan went towards. Roche also noted that the plan is not regulatory, but is provided as a set of guidelines. This would later be one of the main factors in the County Board’s decision to approve the plan. However, Roche said the Chamber of Commerce did have serious concerns with the red coloring on the map. 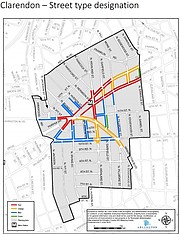 “Flexibility should be given to these properties to fit the retail objectives in the space best for the business,” said Roche.

In a letter to the County Board, Mary-Claire Burick, president of the Rosslyn Business Improvement Corporation, endorsed the retail plan but added: “We reiterate our suggestion that the Red category be more inclusive. We want to encourage active and thriving pedestrian streets by enabling various uses, such as hair salons and cafes, to coexist on primary retail streets without needing special exemptions through additional processes.”

For some, however, the plan’s problems made it unapprovable. 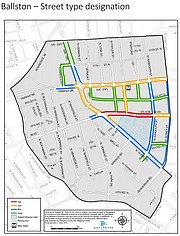 “A resolution calling for the County Board not to adopt the retail plan was passed [by the Civic Federation] in February, said Stephanie Pryor, president of the Arlington Civic Federation. “We saw fundamental problems with the retail plan. The restrictive red did shrink, but many remain issues remain. We need more policy flexibility.”

Like Burick, Pryor pointed to the example that hair salons would be unable to operate in red spaces, as would dog-care locations in areas listed as “light industrial.”

“The existing structure does not allow for technological advancement, flexibility, or modern businesses that are constantly evolving,” said Pryor. “The Retail Plan is proposing even more restrictions against retail equivalent, personal services, and innovative out-of-the-box concepts. We will lose economic growth and businesses to other, less onerous jurisdictions. There’s still too much restrictive red.” 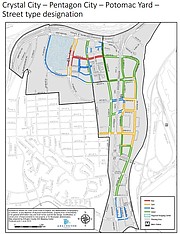 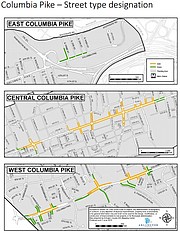 On the County Board, even among those who supported the plan, there was acknowledgement that deep concerns remained about the Red Streets.

“We do still need the Red Streets,” said County Board Member Jay Fissette, “but we want to expand the range of services. We should open up red to more than what is there now: personal services and repairs, not just retail equivalents.”

The County Board tinkered with the language of the plan, including adding services and repair uses to the Red Streets’ potential stores. Additional wording specified that the resolution is not regulatory, but guidance.

“It was not a good plan when it started out,” said County Board Member John Vihstadt, “but it’s made leaps forward and … we’ve made a number of positive adjustments. There is no codification in this document.”

However, County Board Member Libby Garvey wasn’t sold on the plan and was the only vote against its approval.