Taking Back the Streets in Arlington
Votes

Taking Back the Streets in Arlington 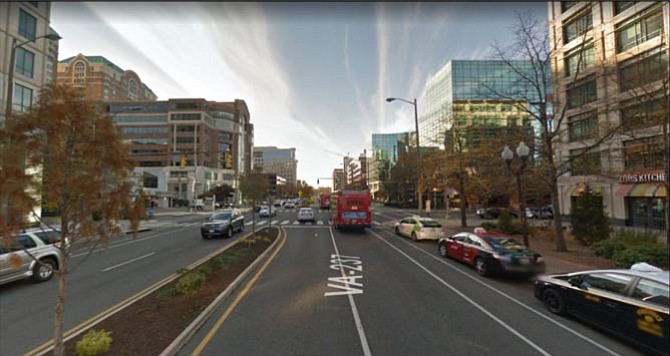 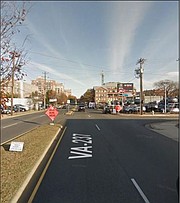 The average Arlingtonian might not know who owns the streets. The side streets are maintained by the county, most of the major routes are managed by the state, but as long as they are kept in working condition it doesn’t really matter. But behind the scenes, if Arlington is able to acquire one of the main arterial roads through Arlington, it could be the beginning of new transportation and planning efforts in the heart of the county.

On July 18, the County Board unanimously voted to move forward with efforts to have the state transfer ownership of State Route 237, Fairfax Drive and 10th Street North, to the county. This stretch of road runs through the center of Arlington’s Metro corridor, from Ballston to Courthouse. The Commonwealth had expressed support for the county’s plans in a letter back in March, but the approval by the County Board marks the first step in a series of reviews before the transfer is finalized.

“The average person driving, biking, or walking, or taking a bus might not notice much of a difference,” said Sarah Crawford, from Arlington’s Transportation Division. “The improvements that happen are things they would have seen anyway, but maybe see it happen a year faster with less red tape.”

Crawford said the change will allow Arlington County to be more flexible with redevelopment that happens along Fairfax Drive. Currently, businesses seeking to redevelop property along Fairfax Drive must not only seek transportation plan approval from the County Board but must also work through the Virginia Department of Transportation (VDOT). According to Crawford, Arlington’s acquisition of the street would help streamline the process for businesses.

At the board meeting, County Board member John Vihstadt noted that this isn’t the first time the county has acquired a major street from the state. Nearly a decade ago, the county assumed responsibility of Columbia Pike as the first step towards streetcar plans that would ultimately be stopped in their tracks. But the transfer also allowed the County Board to push forward other transportation initiatives along Columbia Pike over the years, including left hand turn lanes and greater pedestrian accessibility.

The acquisition would also mean maintenance of the street would be Arlington’s responsibility as well, which puts an additional cost on the county. Crawford said no definite cost projection has been done. Arlington County receives $18,500 per lane mile from the state for road maintenance, but the county spends up to $10,000 more per mile than the state reimburses. According to the staff report, this means the new acquisition could cost the county $60,000 to $70,000 in additional net tax support. More precise projections will be established as part of the FY 2019 budget.

“I am very supportive of this,” said County Board chair Jay Fisette. “I think people underestimate the burden. We have a great working relationship with VDOT… [but] it takes a lot more work and a lot more staff time.”

This fall, county staff and VDOT will review and negotiate the terms for the transfer.