Experts say 3D printing can open a world of imagination and critical thinking. 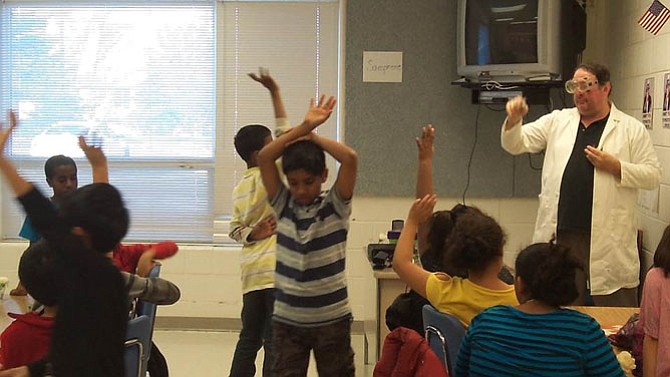 A variety of summer camp activities are offered at the Boys and Girls Clubs of Greater Washington, Culmore Character Club in Fairfax County. 3D printing will be a new activity this summer. Photo by Chris Roberts

Adonis Gonzales had always wanted to become a master electrician, but when he was asked to leave high school at 16 because of a poor attendance record, his prospects looked bleak. He enrolled in Freestate ChallNGe Academy, a tuition-free program that offers 16- to 18-year-old high school dropouts an opportunity to earn a GED and learn a trade. A 3D printing technology class that Gonzales took through the program proved to be eye-opening.

“When I first went into the class, I saw the computers and printer and thought that it was going to be too hard,” said Gonzales. “But then the instructor said that if we could imagine something, then we can could create it. The first thing I made was a heart with my daughter’s name on it.”

The class was part of an initiative called 3D ThinkLink, a program designed to teach critical thinking and problem solving skills through 3D design and printing. The class was run by YouthQuest, a Chantilly-based nonprofit that provides at-risk youth with educational scholarships to pursue their college or vocational aspirations.

Linda Mann, Ph.D., one of the organization’s founders, believes young children can benefit from ThinkLink because the lessons and life skills learned extend beyond technology. The class will be offered as part of a camp this summer at the Boys and Girls Clubs of Greater Washington, Culmore Character Club in Fairfax County.

“I discovered that we could use 3D printing to teach critical thinking and problem solving to the kids we served,” said Mann. “Many of the kids hadn’t learned to think critically or to problem solve. They’d learned that failure was a way of life, but with 3D printing, they learn that failure isn’t the end, it’s the beginning.”

“It will be an excellent opportunity for the youth here, who sometimes are in difficult living situations, to see that if they work hard and put in effort, they can have a bright future,” said Chris Roberts, science, technology, education and math (STEM) regional director of the Boys and Girls Clubs of Greater Washington. “I think the students will be excited. It will be inspirational and have activities that will lead them to think more about what they can do in their future and what the future will bring.”

“It will reinforce their existing STEM skills, but we hope it will boost their self-confidence,” said Wonhee Kang, D.Min., senior director, Fairfax County Region, Boys and Girls Clubs of Greater Washington. “They can imagine something and then see their idea turn into reality. That will really give their self-confidence a boost.”

Gonzales said troubleshooting was an unexpected skill he acquired during the class. “They showed us that you can create anything that comes to your mind,” he said. “If one of us had a problem, then we brainstormed as a group on how to do it differently.”

Learning to solve problems like that, work through difficulties and simply dream, are basic but foreign concepts to many disadvantaged children. Mann hopes that changes this summer.

“It is important for them to see that they can make a difference in the real world,” said Mann.

“They could be brilliant scientists or teachers or whatever they want to be,” she said. “For people who have succeeded, it’s important to give back. That’s what keeps our community. It’s important to make a difference with the skills and talents that we have.”