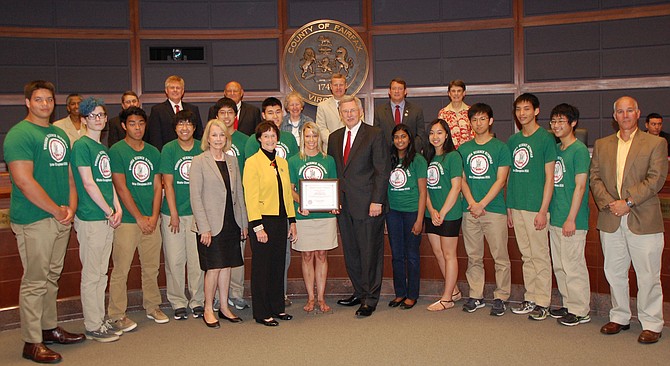 Langley High School’s Science Olympiad Team was honored by the Board of Supervisors on Tuesday, June 23.

Langley High School’s Science Olympiad Team was honored by the Board of Supervisors and Del. Kathleen Murphy (D-34) Tuesday, June 23.

“It’s quite an honor,” said Foust. “Once again, a Fairfax County high school makes us so very proud.”

Chemistry teacher and Langley coach Leah Puhlick thanked for all the support given to her “future scientists and engineers.”

“We are privileged to be here and honored to represent Virginia at the national competition,” she said.

Eleven students from the team appeared before the Board of Supervisors last Tuesday.