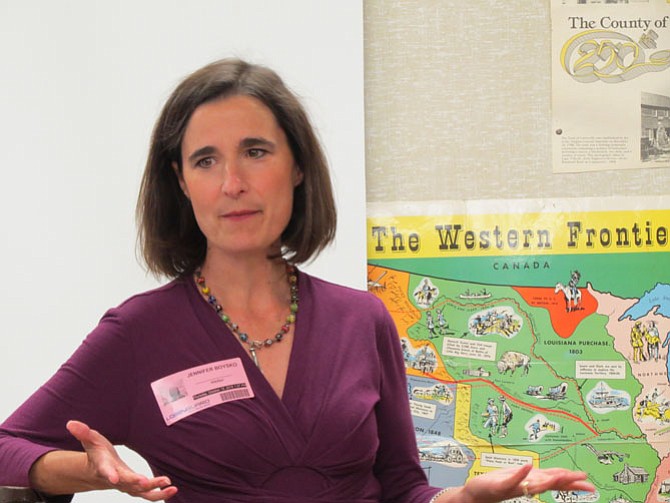 History promised Del. Kathleen Murphy (D-34) that her reelection bid to Virginia’s House of Delegates would be close; no matter how much money Republicans pumped into Craig Parisot’s campaign in the final days. 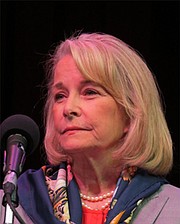 Del. Kathleen Murphy (D-34) won reelection by less than one percent of the vote in a rematch with Craig Parisot (R).

“We all knew it would be close,” said Parisot.

The morning after the election, Parisot sent a legal team to observe a canvas held in Fairfax and Loudoun counties, which are represented by the 34th district, to ensure the election’s authenticity.

“After determining that results were marked correctly, the tapes were valid and provisional ballots were taken into consideration, I found no reason to contest the outcome,” he said. “Simply put, it was just a close race.”

Murphy has described her emotions taking the oath of office in Richmond, thinking about her past predecessors, historical predecessors who have served Virginia.

“It is an honor to represent the 34th district in the General Assembly and I am so grateful to my constituents for entrusting me with a second term.”

After last Tuesday’s victory she said, “It is an honor to represent the 34th district in the General Assembly and I am so grateful to my constituents for entrusting me with a second term,” said Murphy. “I will continue to work with both Democrats and Republicans to strengthen our economy, keep our schools world-class, and protect our communities and children from the spread of gun violence.”

This election was a rematch of the special election triggered last November 2014 when Barbara Comstock (R) was elected to U.S. Congress.

The 34th District has a history of close elections.

In 2012, Barack Obama and Mitt Romney literally tied in the district, each receiving 18,688 votes, according to Virginia Public Access Project.

“I have no regrets and would only change one thing if I could -- the outcome,” said Parisot.

OTHER ELECTIONS last Tuesday weren’t as close, but were closely watched.

Election night, Boysko was greeted by thunderous applause as she joined her Assembly colleagues on stage at the Democratic victory party.

“It’s already been an incredible learning experience,” said Boysko, in an interview Tuesday night after election result announcements had been made.

“There’s a lot to do, but education kept coming up as a real priority.”

“I’ve talked to literally thousands of people in my district, listening to what they need, what are their concerns,” she said. “There’s a lot to do, but education kept coming up as a real priority.”

Vargas, Boysko’s opponent received large, late infusions of campaign money from Republicans, and had a total of $705,323, which he spent mostly on mailers and TV commercials attacking Boysko and inaccurately claiming she supports tolling of I-66.

"Even though we came up short tonight I want to thank all of our supporters and volunteers that have made this effort possible,” said Vargas in an election night statement. “I wish Delegate-elect Boysko well in serving our District."

“She’s an amazingly hard worker, she’s smart, she cares about people and doing great things, and she’s in public service for all the right reason,” said Foust. 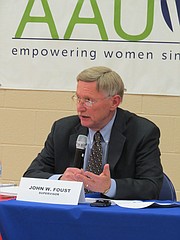 FOUST was reelected to the Board of Supervisors for his third term, beating Jennifer Chronis, (R).

Foust has served on the Board the last eight years.

“I’m proud of the fact that after eight years people know me pretty well and know how I conduct myself as supervisor. I’m honored that they give me another opportunity.”

“I’m proud of the fact that after eight years people know me pretty well and know how I conduct myself as supervisor. I’m honored that they give me another opportunity,” he said.

Chronis ran for the first time.

"Thank you all for everything you have done for me and my team. Whether through your financial contributions, your volunteer hours, your encouragement and feedback, or your votes, every last one of you helped us in some way. For that, I am eternally grateful,” said Chronis.

“Dranesville has an amazingly talented team of public servants. We work well together, we will get a lot of good things done,” said Foust.

Now that the election is over, read what they had to say about priorities, positions and plans.