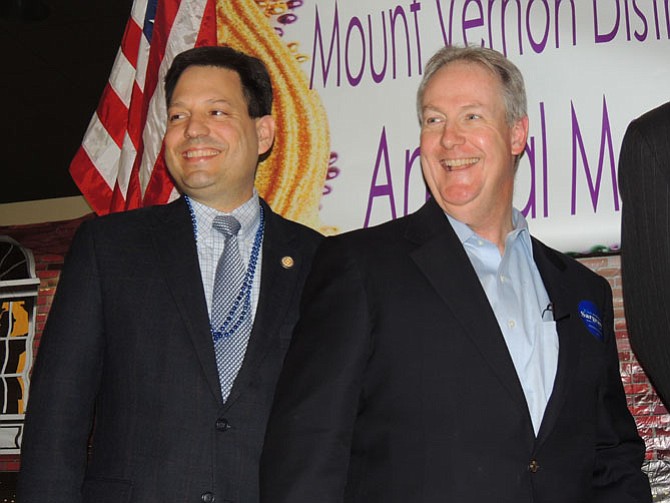 As the saying goes: In Virginia, every year is an election year. And every election year is replete with straw polls. The first such event leading up to the June 9 Democratic primary was a Mardi Gras-themed dinner party held March 7 at Don Beyer Volvo in Alexandria.

At the end of the night, current Del. Scott Surovell (D-44) was the decisive winner in the senate race over his opponent, small businessman Mark Cannady. Surovell took 134 votes to Cannady’s 87.

“This victory clearly shows that our community wants strong, progressive leadership that is going to shake things up in Richmond and fight for our area,” Surovell said in a statement.

“For over 20 years, I have devoted myself to providing community leadership and public service to the Mount Vernon District and Fairfax County,” said Sargeant in a statement. “Now I want to continue my service as the next Mount Vernon supervisor.”

With two months still to go before the primary, Dobbyn made an undeterred, emphatic mission statement for “our turn” to move forward with the kind of redevelopment already taking place around the county.

“Now our sights are set on the June 9 primary. I believe in my forward-looking vision, and now must take that vision to the voters of Mt. Vernon,” Dobbyn said.