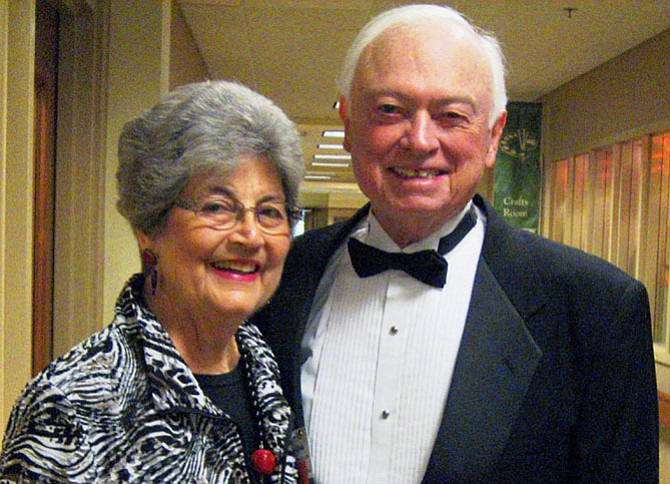 Bill and Betty Kenealy, of Springfield, make it a point to socialize regularly with their long-time friends, many of whom are other couples they met through work and through the activities of their five children. They’ve watched their children become adults, worked, retired and even survived cancer. Now they’re living together in a retirement community in Springfield. Bill is 85 and Betty is 81.

“We enjoy meeting for dinner on a regular basis or playing cards or dominoes and Bingo,” said Bill.

One of those couples is George and Peggy White, both 80. They met when Bill and George were stationed together in the military. Both couples speak fondly of the strength they get from their friendships.

Healthy friendships and strong social connections provide more than interest, say researchers. They are vital to one’s mental, physical and emotional wellbeing. A study by the National Institutes of Health show that people who are socially isolated are more likely to die of heart disease than those who have close relationships. While it might be more challenging to make friends as one ages, the benefits are worth the effort say researchers.

A HEALTHY SOCIAL NETWORK is credited with longevity. “Social support at all stages of the lifespan reduces people's stress levels, and this in turn promotes physical health,” said Linda Cote-Reilly, Ph.D., associate professor of psychology at Marymount University. Seniors who have active social connections are better able to fight disease, they experience greater psychological well-being and reduced incidence of depression, Cote-Reilly said.

Social isolation can lead to depression and physical health issues.

“One of the things that research has shown is that social isolation is a killer,” said Dominique S. Hubbard, professor of psychology who studies social exclusion and ostracism at Northern Virginia Community College. “One of the most fundamental things that we need is meaningful social connections and a sense of belonging.”

In fact, researchers point to a variety of studies that link health and longevity with fulfilling relationships.

“There is this really amazing study done in Alameda County, Calif., that followed almost 5,000 residents for nine years, and found that the best predictor of mortality rates were people who indicated they had few meaningful relationships, meaning that people who answered they had many meaningful relationships were more likely to be alive than those with few,” said Georgeana Stratton, Ph.D.,  associate professor of psychology at Northern Virginia Community College in Sterling. “Even when they … only look at people with cancer or heart disease, they still found that those with many meaningful relationships did better than those who answered few.

“Their social relationships were the best predictor of health and death, meaning it predicted better than other things they measured like smoking and stress,” said Stratton.

Seniors are more susceptible to the harmful effects of a dearth of companions. “Isolation is potentially very damaging to all of us, but most especially to seniors,” said Pamela Stewart, assistant dean of psychology , Northern Virginia Community College, Annandale campus. “Friendships keep us balanced and generally more positive. They help to keep us busy, can give us a focus and keep us more happily engaged in the world around us.”

Retiring and relocating creates challenges when attempting to maintain existing friendships. “Unfortunately, for many the pool of friends becomes smaller as one ages,” said Stewart. “We lose touch with our former work mates and a fair percentage of our friends may have moved away or passed away.”

Those who are no longer in situations that offer natural opportunities for social interactions can still recreate a circle of friends.

“Seniors can replace those by adding new things,” said Hubbard. “Consider joining a class or a bridge club. The key is to have consistent, positive interactions.”

“Volunteering at a local school or animal shelter or even getting a part time job is a great way to meet people and stay engaged and current,” said Joyce Schwartz, a geriatric social worker who lives in Potomac, Md. “Pursuing a hobby, working out a gym or attending lectures are good too, especially if they’re free or discounted activities for seniors.”

STILL, STAYING ENGAGED socially and developing new friendships can become increasingly challenging, as one gets older.

“Physical disabilities and illnesses can increase the likelihood that a person is hospitalized or homebound in later adulthood, which can lead to social isolation and depression,” said Cote-Reilly.

Also important, said Cote-Reilly, is distinguishing connections that offer positive social interaction from those that simply provide contact with another person. “Social support means, ‘Does this individual feel supported by those in his or her life?’ It doesn't mean the number of friends or support persons one has,” she said. “Older adults who have a lot of social interaction because they need assistance with activities of daily living … do not experience these interactions as positive. People are helping them because they have lost the ability to do the tasks themselves.”

While social media has made staying in touch with friends easier for some, there are dangers. “Unfortunately, there is a negative correlation between time spent on social networking sites and the internet in general and the time spent with friends,” said Stratton. “Also, several studies indicate that more time on Internet predicts depression. So while in-person relationships are great buffers for stress and protect physical and mental health, online relationships may actually… hurt mental health and social connections.”