Potomac: Local Stage Comes Alive with ‘The Sound of Music’ 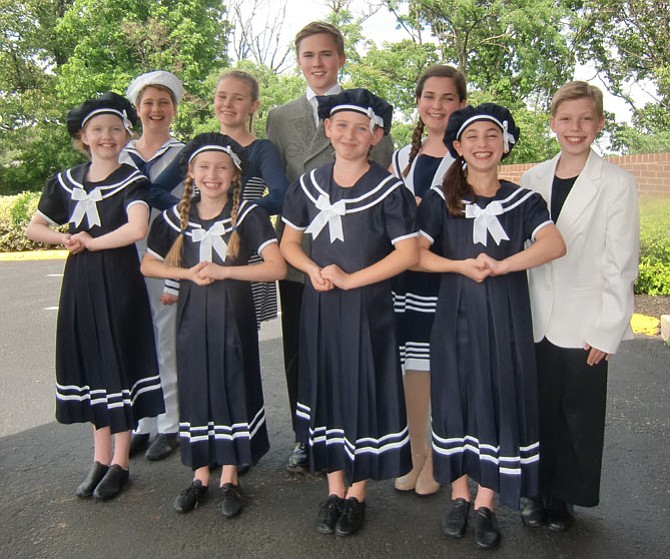 A cast of 32 young actors and actresses will be directed by Laurie Levy Issembert who also serves as the executive producer. The production team includes Issembert, Music Director Laura Brady and Choreographer Laurie Newton, as well as Assistant Director Valerie Issembert.

This is the 50th anniversary year of the debut of the “The Sound of Music” movie, starring Julie Andrews as Maria Rainer. The Broadway show debuted in 1959, winning five Tony Awards, including best actress for Mary Martin. It ran for 1,443 performances. The movie won five Academy Awards. The music of the play and movie have become standards: songs such as "Edelweiss", "My Favorite Things", "Climb Ev'ry Mountain", "Do-Re-Mi", and the title song "The Sound of Music."

Bravo Productions is a musical theatre program designed for children in grades 1-12. The program focuses on teaching the art of musical theatre. “We make sure that the children are having a blast while they learn to work together as a cohesive and supportive cast. While they are learning the tools of the craft — music, lyrics, choreography, staging and blocking- they are also becoming the next generation who will keep the Broadway tradition alive, if not onstage, then as well-versed audience members,” said Laurie Levy Issembert.

Kingsview Middle School student Elisa McCaw will be leading the cast of the play as Maria, the postulant who leaves religious life to serve as governess for the seven children of Captain von Trapp, played by Timothy Proudkii.

"I enjoy musical theater because I love making people feel like they're in another world, time, or place where they can forget about the outside world and escape into a magical place where a beautiful story takes place,” Elisa said.

Seventh grade student Daniel Schorr, who plays Friedrich von Trapp said, "I have chosen to do musical theatre as an extracurricular activity because I like to become someone else on stage." He attends Shady Grove Middle School.

The double-cast performances will take place at the Randolph Road Theatre, 4010 Randolph Road, Silver Spring, on June 6 and 7 at 4 p.m. and 7 p.m. Tickets are $18 and can be purchased on-line at www.bravoproductions.org.

Bravo’s next production will be Disney’s “Peter Pan Jr.” for students in grades 2-9. The students, who take classes in acting, dance and singing, begin at an early age, enjoying and learning about musical productions, appreciating the art of theatre – as well as the social interactions with both adults and other students. Alexa Vinner who is 9 years old and in third grade at Lakewood Elementary said, “Bravo has given me the chance to meet life-long friends.” She plays Gretl in “The Sound of Music.”