Team advances to the state tournament. 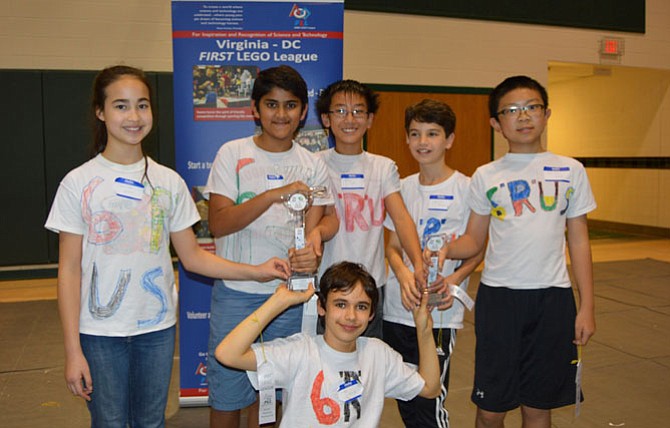 Also, the 6 R US Team won the First-place Robot Performance Award because they were the top-scoring team in division 2 at the Ashburn Regional Tournament. Their team score of 456 was the highest division 2 score at the tournament. Now, the 6 R US Team advances to the FLL VA/DC Championship Tournament to be held at James Madison University in December.