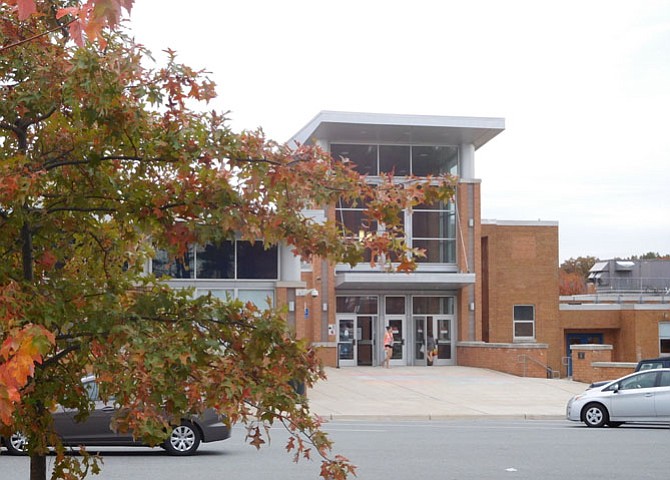 All was calm Monday afternoon outside Woodson High. Photo by Bonnie Hobbs.

Science teachers across Fairfax County Public Schools have begun mandatory updated safety training in the wake of an Oct. 30 fire at Woodson High School that injured five students and a teacher, and caused $7,500 in damage.

The fire started in a sophomore chemistry class during an experiment that involved an open flame.

Superintendent Dr. Karen Garza immediately banned all science experiments with open flames, but the ban is scheduled to be lifted once all teachers have completed their training. School system spokesperson John Torre said the updated training for high school teachers is expected to be finished by the end of November.

Torre also said Fairfax County Public Schools is conducting its own internal review of the incident, as well as responding to inquiries from the Occupational Safety and Health Administration, and Fire Marshall. While those investigations continue, the school system will not release any more information on the incident.

Shawna Lawhorne, a representative from the U.S. Chemical Safety Board, said her organization is not investigating the Woodson accident, but has “gathered facts about the incident to better understand the scope and severity of the problem.”

One year before the Woodson incident, Oct. 30, 2014, the Safety Board released a safety bulletin titled “Key Lessons for Preventing Incidents from Flammable Chemicals in Educational Demonstrations.”

Lawhorne said the bulletin brings together their findings from three accidents that occurred in 2014 where students were burned during experiments similar to the one that was taking place at Woodson.

“We will continue to gather data on these kinds of incidents and aggressively advocate for adoption of the key lessons learned during our previous investigation into this hazard,” Lawhorne said in an email.