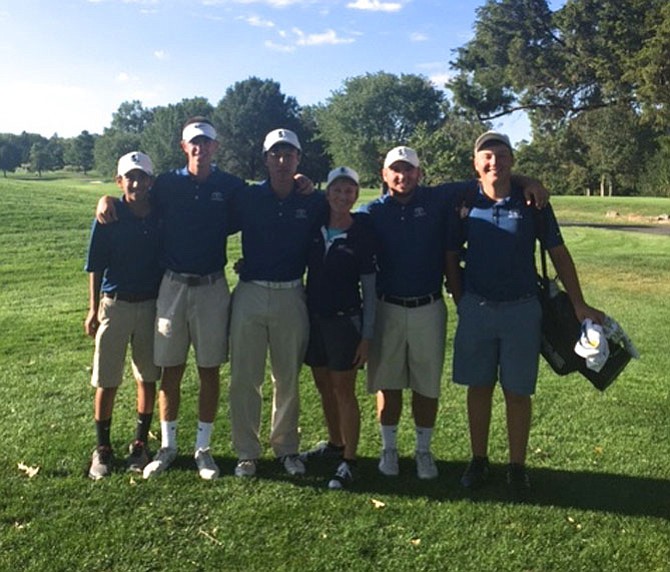 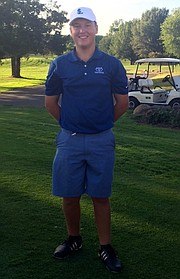 Carol Molesky/Contributed to the Connection

“It’s close, it’s in Reston, it’s by us, it makes it so the team can practice, we have matches there,” said coach Carol Molesky.

Reston National Golf Course has been “really supportive” of the South Lakes Teams, she said.

“We don’t want to see that developed because our community, our school, a lot of schools use it. It’s getting more difficult to compete, to practice to play,” said Molesky.

South Lakes sophomore Kurtis Grant won the Liberty conference golf tournament played at Herndon Centennial Golf Course on Sept 21 and 22, with a total score of 141 shooting two rounds of 71 and 70.

He qualified to move onto the regional tournament on Oct 6 - 7, after the Connection’s presstime.

Senior Nick Kim also placed as a medalist and will participate in the Regional tournament.

“We have the superstar, Kurtis,” she said. “He is always willing to help other people on the team. Because he is so knowledgeable, he enjoys giving his knowledge back to them.”

“Everybody was super excited,” said Molesky. “I love the kids, I love exposing them to golf.”

“The great thing about golf is that it’s a sport you can do for the rest of your life. I know people that play in their 80s, that walk the course until they need the golf cart,” said Molesky.

Economics obviously can make access to golf difficult. The golf coach gave thanks to Reston National for making it possible for her players to play, practice, and compete every day.

“I have a number of girls who wish they could have played before high school,” she said.