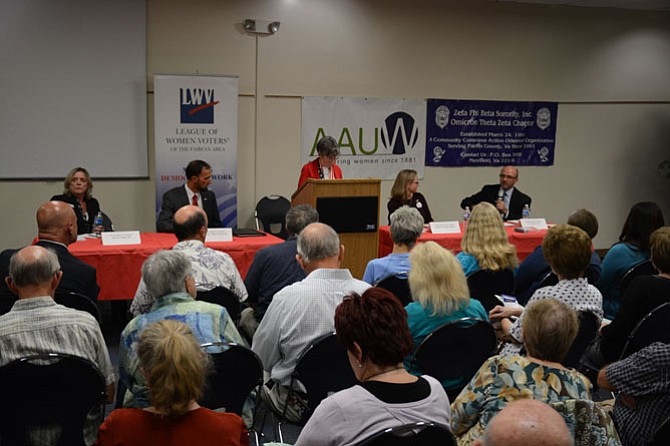 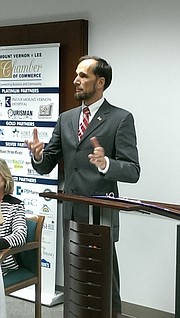 Christine Morin of Lorton remembers when South County Secondary School opened in 2005. She found out Fairfax County said they had no plans to build a South County middle school, as the system had previously promised, which was a reason Morin and her family moved to Laurel Hill from Burke. Morin created a South County Middle School solutions group, which is when she first with Mount Vernon School Board member Dan Storck.

“He made sure he was committed to helping us get the middle school and he never looked back the rest of the way,” Morin said. “He didn’t back down from the administration and knew it was in the best interests of the community, the kids, what made the most sense.”

Storck, working with then-Springfield District School Board representative Liz Bradsher, was able to get support from the board to move forward with the middle school planning and construction, which was completed for the school to open in 2012.

“I don’t agree with everything he says, he’s very much to my left, but sees the middle ground when he has to,” said Bradsher. “Sometimes he would come in late on an issue, but once he did his homework, you’d always get a call from him, he would touch base with you to go over the issues in their entirety with him. I was very grateful for that.”

Bradsher also recalled a controversial boundary change the two worked on affecting students at Annandale and Woodson high schools. “That was a tough thing for Dan,” she said. “He hated to pull people out of their home community and understandably so. But we all had to work on that issue as a School Board though it was not in our boundary.”

Storck referenced his more than a decade representing Mount Vernon on the School Board, as well as his previous roles as president of Good Shepherd Housing, a coach in the Fort Hunt area and West Potomac High School Parent Teacher Association president, at an Oct. 15 meet the candidates event hosted by the Mount Vernon-Lee Chamber of Commerce at the South County government center.

“I want to continue to provide the service, support and expertise,” said Storck, “that I have for the last 25 years on your behalf.” Storck highlighted his “willingness to listen” and experience in spending “thousands of hours” attending board meetings, boundary meetings and other community meetings as a member of the Fairfax County School Board.

Holly Dougherty, executive director of the Mount Vernon-Lee Chamber of Commerce. has known Storck since he was elected to the School Board in 2004, and through his businesses he has also been a member of the chamber.

“Dan is a very nice person who really cares about the community,” Dougherty said. “He’s given a lot of time, with service on the school board and goes out of his way to try to understand concerns people have. Everything he does on the board has impacted our community directly or indirectly.”

Candice Bennett describes Storck as “conscientious.” Bennett is a small business owner from Lorton who ran against Storck unsuccessfully in the Democratic primary and then joined his campaign handling communications.

“He’s thoughtful and easy to work with,” she said. “Sometimes politicians can be unpleasant, that’s not been the case for Dan. He’s been responsive to me, to others, and tries to respond as quickly as possible, while putting thought behind it.”