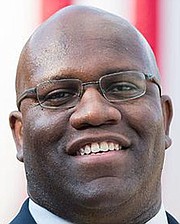 Affordable housing is the issue that has pushed me to run for city council. I believe that our community needs to continue to have housing options for all income levels, local government needs to work with the development community, non-profits and especially our faith-based communities to find creative solutions so that none of us are forced out of a community that we all love.

My expertise and experience in the field of education and youth policy. I am the ONLY candidate who has served on both the school board’s budget advisory committee and also the city’s budget and fiscal affairs advisory committee. This is extremely important because school and youth funding makes up over 30% of the city budget, and we need someone on council that has an intimate knowledge of both, especially now when we are looking to deal with school capacity in a fiscally responsible way. I am also the only candidate that has worked full-time in our local schools, so I know the experience of students and staff, and understand the supports they need from the city.

I believe you should choose me because we should not have a governing body which does not have members that don’t intimately know and understand 30% of its own budget.

City government can support the school system by leading the community wide discussion on pre-K programs, after school programs and workforce training programs. By ensuring that the schools and community partners and non-profits all understand their own place in each of those three programmatic areas, this city can create a successful and seamless transition for our students throughout their lives and ensure that the proper supports are available for them so that they become successful students and then successful adults.

City government can also ensure that social service programs are available to ensure that we have healthy families and we need to continue to fund libraries and make sure our families have access to improve literacy and the love of learning.

I believe that you have to take the suggestions of citizens, and explain the specifics of how or why a suggestion does not work, maybe because of lack of funding or other unintended consequences. I also believe that constant dialogue with citizens will allow for greater transparency with decision making, and also better align policy making with the will of the citizens.

The first thing that I would look at is the city’s equipment replacement policies, for things like the city’s car fleet, because by slowing down how quickly we replace well maintained equipment, we would save money. I would look to adjust some of our partnership and funding formula with third party organizations such as WMATA and I would also look at city positions, such as in our courts, where the city is subsidizing jobs that are the state’s responsibility to fund fully.