A Ride on the Wild Side
Votes

A Ride on the Wild Side 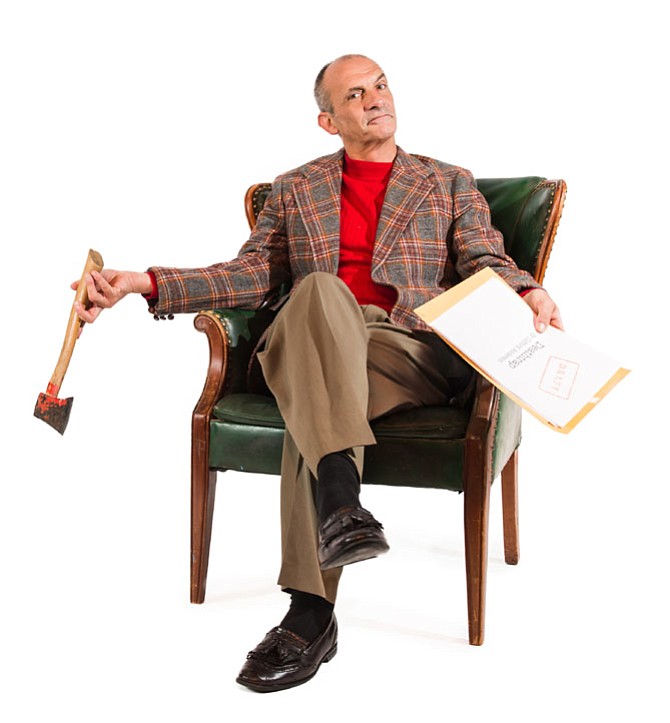 Note: Deathtrap contains violence and adult situations which may not be appropriate for all audiences. 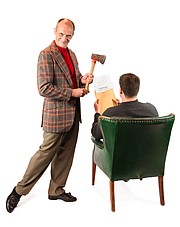 Experience why Ira Levin’s “Deathtrap” is one of the long-running suspense-thrillers in Broadway history. Full of twists, turn, scares and surprises, “Deathtrap” is a clever Tony Award nominated, mystery “play-within-a-play” about a pompous, no-longer top-of-his-game writer. Playwright Levin was the author of the ever popular Halloween-haunting “Rosemary’s Baby.”

Evan Hoffmann, NextStop artistic director “has always wanted to do a murder suspense mystery. ‘Deathtrap’ works so well within the intimate space of the Industrial Strength Theatre; the audience can’t escape the theatrical danger.” After all, the audience members sit less than 24 feet from the killer.


“Deathtrap” begins innocently enough. Sidney Bruhl (played by Peter Holdway, a veteran actor and newcomer to NextStop audiences) has completely lost his golden writing touch. He will stop at nothing to succeed again. Unexpectedly, Bruhl finds something that can end his misery: an unpublished script. A sure-fire hit. But, it is the work of someone else; Clifford Anderson, a student of his (played by James Finley). Now what should Bruhl do? And what will his wife Myra (played by area favorite Susan D. Garvey) suggest?

So the twists of “Deathtrap” begin. Characters circle around one another while the audience tries to unlock the mystery and those who commit crimes are not revealed until the last moment. The cast includes a bevy of talent including NextStop Artistic Associate Lorraine Magee and two-time Helen Hayes nominee Frank Britton.

In an interview, Holdway described his Bruhl character as “slightly camp, pure joy and great fun.” Holdway is drawn to the villain-like nature of his character. The play itself is “very clever” and the intimate space of the Industrial Strength Theatre will allow audiences “to get invested in the play and the characters. There is no need to raise voices to connect with the high stakes suspense and the ultimate comeuppance.”

Finley described his Anderson character as one with “plenty of interesting complexities” in a play that is “well-constructed and with stage combat.” The audience will see the characters as adversaries with plenty of individual layers to them. When asked about staged physical fight moments, Finley said that “deception and fighting are choreographed to look real; to be effective story-telling devices and entertainment.”

Throughout “Deathtrap” the audience will wonder who and what to trust; until the very end.

“Get ready to be shocked,” said Hoffmann in inviting audiences to the show opening Halloween weekend.