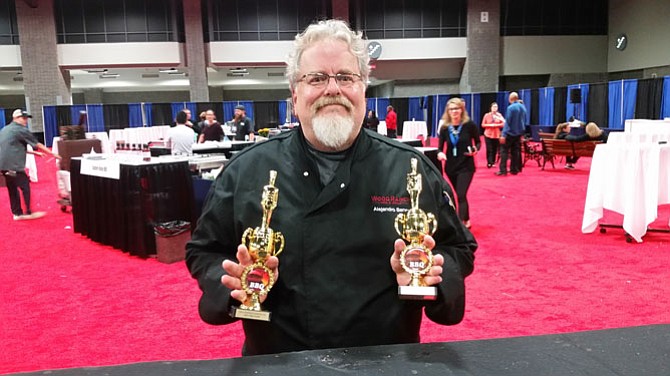 Wood Ranch BBQ & Grill has triumphed in the BBQ Bash at the Metropolitan Cooking and Entertaining Show, which was held at the Washington Convention Center on Oct. 24-25.

The BBQ Bash was one of the main events held over the weekend, and Wood Ranch BBQ and Grill won in both of the categories it entered.

Local restaurants competed in four categories: Chicken, Pork, Brisket and Sauce. Wood Ranch BBQ and Grill entered both the Brisket and the Pork categories, and took top honors in both.

The BBQ Bash was held on Saturday, Oct. 24, and tasting lasted from noon to 4 p.m. Members of the public attending the event could try the samples and vote on their favorites. After tasting samples from numerous restaurants, they chose the food cooked up by the Wood Ranch BBQ and Grill team, headed up by the "Sultan of Smoke," aka Alejandro "Alex" Benes.

The BBQ Bash event was held as part of the MetroCooking DC Show 2015, which is described as "The Ultimate Food Lover's Weekend." The event featured many events, including cooking demos and classes by celebrity chefs.

This was the 10th anniversary of the event, but it was the first time Wood Ranch BBQ and Grill entered after opening its latest restaurant at the Springfield Town Center, 6797 Springfield Mall, Springfield. Open daily from 11 a.m., closed Thanksgiving and Christmas Day, https://www.woodranch.com.