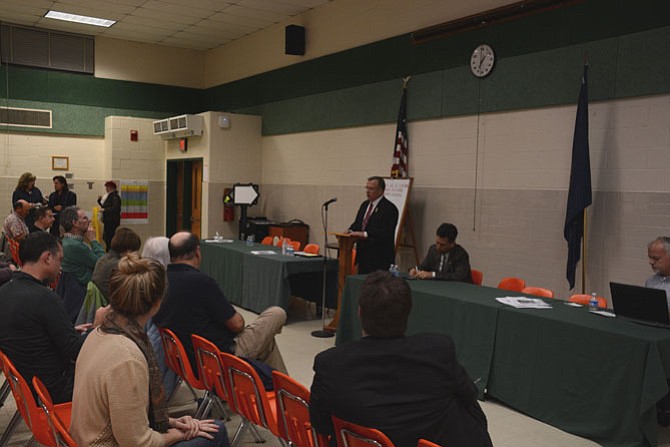 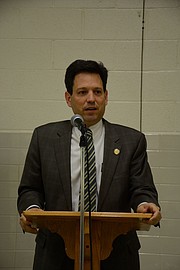 Have lived across the street from Surovell his entire life in the Tauxemont community, both daughters babysat for his family.

Liz Smith: “To me, he is involved with his neighbors, his community and is very easy with everybody. He’s not standoffish at all, talks with people on the things they’re interested in and answers their questions very directly when he’s talking with them.

“He was always, as a youngster, outgoing and pleasant. He’s continued to be very much outgoing and involved as he got older.

“He’s just a good friend, never talking about what he’s doing, always answering us. He’s a nice guy at the bottom of it all.”

Reg Smith: “Every so often, he’ll wheel in in his car, from Richmond or some meeting and be on the phone already, talking to someone. As he’s getting out of the car, he stops and we talk about political issues. He answers my questions which are sometimes very good, sometimes not so good — I’m maybe the average voter.

“He’s very passionate about issues, one is the car title types on US 1, he feels that these should be illegal. He wants to put them out of business.

“I’ve noticed between time he was first elected delegate, young and passionate, to the present time, the evolving from a young delegate, a young man, into a man who is now equipped to be a state senator. Both of us are delighted to see this maturing young man.”

Met Surovell through the Mount Vernon-Lee Chamber of Commerce over 15 years ago and both have been involved with numerous community activities and Democratic politics.

“He probably knows more facts about our community than anybody I know. He was born and raised here, never really lived anywhere else. Scott studies the community itself, knows its issues, neighborhoods, needs, challenges.

“His ability to recall statistics, specific details, is something I kind of laugh at. Like a guy who knows baseball stats, he just rattles them off. He works hard, but his crazy level of stats and facts, the depth of his knowledge of the community is like nobody else I know.

“But he also has a lot of statewide knowledge. People in Prince William looking at him as a new representative are extremely lucky. He’ll go study, find out what the needs are, the trigger issues, what’s most important and come up with ideas. He studies like mad, it’s just what he does.

“When my Parent Teacher Association was trying to save some funding, it was not a state issue, he could not help us. But it didn’t mean he didn’t always take my calls. He would say go talk to this person or here’s another way to approach the issue. Then in other things like matters of transportation, he’s all in. If you’re interested in transit in the Route 1 corridor, he’ll know every fact and you see him advocating more than anyone you know.

“His other big issues are payday lenders and the digital divide. Those didn’t bubble up. He looks at what’s a problem in the area, what’s not fair, and figures out what can be done about it. There’s no game for him in that. Payday lenders lobby just like everyone else. There’s nothing to gained but for the good of the community.”

Education, political and civil activist who came to know the Surovell family as chair of the Mount Vernon Democratic Committee

“When Scott expressed interest in appointed and elected politics, I followed him a little bit. He demonstrated a capacity to organize numbers and data and facts. He had considerable leadership skills in that regard, people could rely on his capacity to put things together.

“He’s developed a maturity over time, at one time he may not have had. It’s been interesting to watch him move along, and know that his family, his grandmother Flossie Surovell, has had some very difficult interactions with the political structure in Virginia, with segregation and treatment of Jewish people. I’ve seen the political atmosphere and environment at its best and worst, and I see a young man like Scott, who understands some of that stuff.

“I’m very happy and pleased he’s been undaunted about the Route 1 Corridor. It’s something he’s taken to heart and has not been an easy road, no pun intended, with the Virginia legislature on things like this. People may not understand the workings of the Virginia General Assembly, sometimes it just requires being focused, patient, to keep reaching across the aisle, securing votes. Why would we toss somebody like that out? Who’s given that much time, experience, care and built some support for those things?”