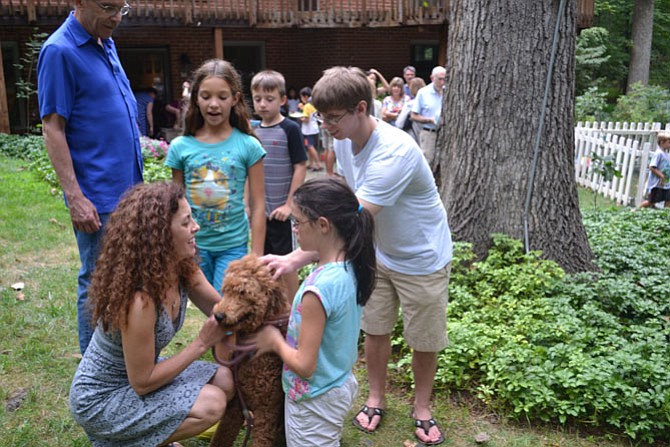 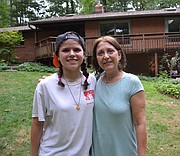 Wearing her long dark hair in pigtails and a backwards baseball cap, Leah Schuman peered curiously over a low fence into a pen of miniature llamas.

“Awww,” she said gently, at once both soothing and agitated. Leah, 15, was adopted from Russia when she was a child, and suffers from a fetal alcohol spectrum disorder.

Both Leah and the llamas were at the Potomac home of psychiatrist Dr. Susan Rich for a Fetal Alcohol Spectrum Disorders Awareness Day event. Like Leah, many of the attendees were either Rich’s patients or their parents. Rich hosted the event, which featured dozens of cuddly animals from fluffy white rabbits to miniature alpacas, because she believes that docile animals can help children with FASD learn to love and offer them a sense of calm.

“Many of these kids have been in orphanages from an early age and have been deprived of basic human contact,” said Rich. “Animals love you unconditionally. By taking care of a little animal, a child can learn to love and feel like they’re doing something productive.”

The animals help with the fear of abandonment and inability to trust that are common among adopted children with FASD.

“Kids who have had early trauma and childhood abandonment issues are often afraid to get close because their big fear is, ‘If my birth mom left me, then my adopted mom will too,’” said Sharon Fuller, owner of The Attachment Place, which provides coaching and mentoring, as well as short- and long-term respite care, to parents and children who have FASD and other conditions. “They have to learn how to open their heart up to be loved.” Fuller and her husband, Ed, have three adopted children with a variety of disorders and disabilities, including FASD.

Rich owns several animals, including a service dog, two goats, two rabbits and several chickens. She uses them as part of her therapy sessions. Squeals on Wheels, a Potomac-based company, also provided a mobile petting zoo with critters like rabbits, guinea pigs and, of course, the miniature llamas. Staffers helped children and young adults gently stroke the tiny, furry animals.

One such patient is 26-year-old Abbie Moore, who was adopted from Russia as a child.

“I’d never heard of FASD, but I’ve learned a lot about myself and how FASD affects me and explains my behavior,” she said. “I’ve had issues with impulse control and making good decisions. Like going out with friends and deciding if I want to have a drink. I don’t stop and think, ‘Should I have another drink?’ I just go straight to the drink without thinking about the consequences.” 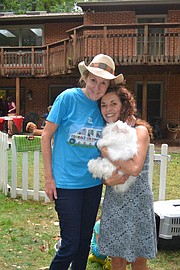 Rich, who is writing “The Silent Epidemic: A Child Psychiatrist’s Journey,” scheduled to be released later this year, says patients with FASD are prone to defiance, violent outbursts and feelings that they cannot trust anyone but themselves. There are times when both parent and child can be overwhelmed, so Rich teaches therapeutic techniques to both, in group and individual sessions.

Those techniques can include role-playing, meditation and visual imagery. “Sometimes I ask them to imagine a warm bright light passing down through their head, illuminating, massaging and soothing as it passes through their spine and all the way down, wrapping around their body like a warm bath of pure light,” said Rich. “In that cocoon, they find a place that is quiet and safe.”

Just being in nature can be a calming experience, said Rich. She believes it can teach patients coping skills for issues such as impulse control, and calm the inner turmoil that can lead to violent outbursts. As a result, she often conducts sessions outdoors, teaching immersion in nature, the importance of self-care and how to trust others through exposure to small farm animals.

“Sitting in nature and just listening, they can calm their nervous system,” said Rich. “Very often kids are detached from nature. They can look back at the time when they were in the woods and find peace within themselves.” 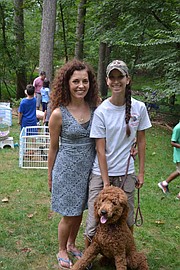 Dr. Susan Rich with Abbie Moore who was adopted from Russia. Abbie has a fetal alcohol spectrum disorder.

Developmental delays are also common among patients with FASD, said Rich. “What I do is help parents understand what these kids need and to get them into social skills training, recreational activities. … I’m trying to teach people that if we look at these kids differently from an early age and see that their brains are wired differently, and help parents and educators understand the wiring differences, they won’t do things that can lead them into trouble.

“There are ways to teach them that are very helpful, but the way that the mainstream educational system is set over-stimulates them. Why are you having them do differential equations in kindergarten and read Harry Potter at three years old when they can’t even wipe their bottoms? You have start working with these kids at an early age, and teach them self care and how to cook their own food and how to manage their money,” said Rich.

Although FASD has a major impact on patients’ lives, it is not considered a clinical diagnosis, which advocates say creates a roadblock to treatment. Parents of children with FASD often feel isolated and misunderstood, says Nadia Carrell, founder of Advocacy and Support, a network of parents who children have FASD.

“FASD can be totally confounding for parents and life can be really awful if you don’t have a formal diagnosis,” said Carrell. “Someone can look totally normal, but in fact their social and emotional maturity is about half their age. Parents get labeled as someone who is controlling or ignorant or someone who needs to take parenting classes.”

Parents and children sometimes need to take a break from one another, which is where The Attachment Place comes in, said Fuller. “By the time kids come to us, usually everybody is pretty burned out,” said Fuller. “This is a respite, a time for the child to heal and learn how to have a healthy connection with someone and transfer that bond to Mom.”