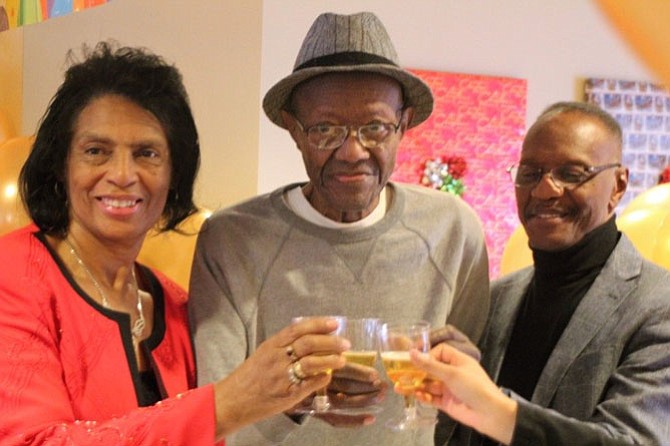 On Dec. 16, Samuel Joseph White (center) toasts to his 100th birthday at Spring Hills Mt. Vernon Assisted Living with his son Rufus and daughter-in-law Marjory. He joined the Army in 1941 and was stationed in Africa and Europe with the 41st Engineers during World War II. In 1945 he received an honorable discharge and worked at Government Printing until he retired.