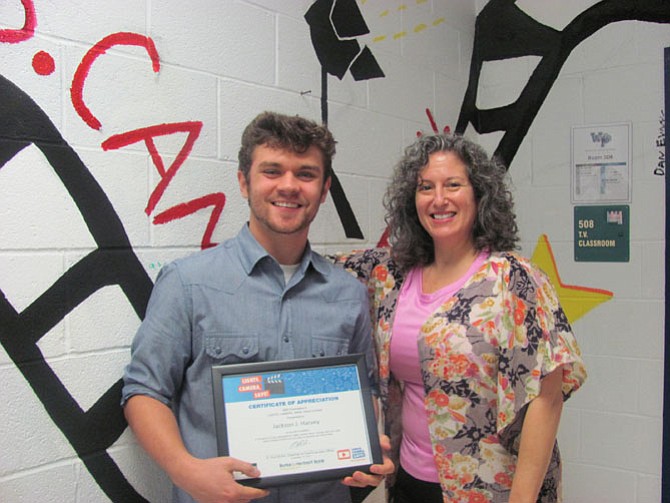 His video, “A Squirrel’s Guide to Saving,” was selected by a panel of local experts as the Burke & Herbert Bank preliminary round winner. The winning video takes a creative approach to promoting the value of saving to other teens.

The ABA Lights, Camera, Save! video contest challenged students, aged 13-18, across the nation to submit a 90-second video that would inspire other teens to use money wisely and promote the value of saving. As a Virginia participating bank, Burke & Herbert Bank was responsible for accepting and judging entries across the state. The bank received entries from three different school districts.

The bank will recognize Jackson’s creative work with a $350 gift card. His TV production teacher, Nancy Mantelli, also will be awarded a $100 gift card for her support.

As the Burke & Herbert Bank preliminary round winner, Jackson and his video will advance to the national competition. Students in the national competition can win $1,000, $2,500 or the grand prize of $5,000, plus a scholarship for an educator from their school to attend the Jump$tart National Educator Conference. Winners will be announced during America Saves Week in February.