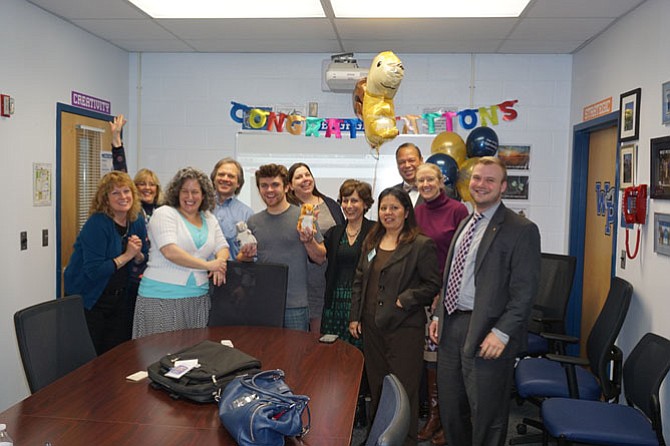 Harvey represented the Alexandria Burke & Herbert Bank in entering the contest, called “Lights, Camera, Save!” that called for creative submissions based on the theme of valuing saving money.

“Not only did I have a great time working on this project,” Harvey said in a statement, “I felt like I was learning something that was actually significant in my life.”

With his second place finish, Harvey was awarded a $2,500 prize to go towards his saving goal.

“We are thrilled for Jackson Harvey and are proud to be a part of this major accomplishment,” Burke & Herbert Bank Senior Vice President Terry Cole said in a statement. “The best way to connect with young people is through something they enjoy or can relate to, and Jackson’s video does just that. Improving the financial prowess of the next generation of consumers is a critical part of what a community bank is all about.”

Harvey’s video, titled “A Squirrel’s Guide to Saving,” is available to view online at Facebook.com/BurkeHerbertBank.