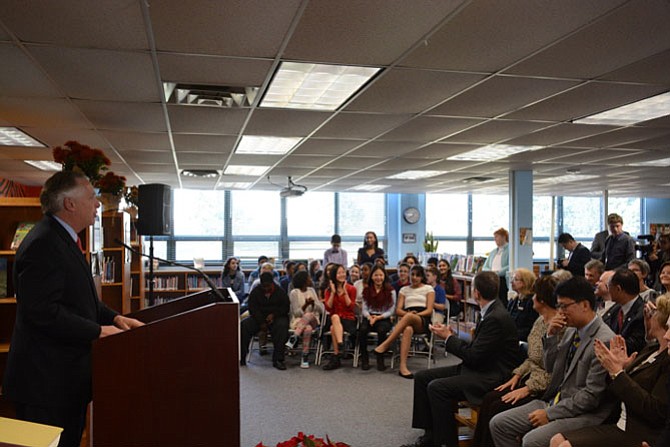 On establishing the review panel, Cook said, “I hope we do, I think we will. But we have to decide what it looks like. The board ultimately has to make that decision after talking to officers and community members. 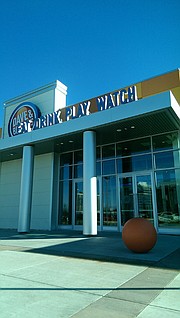 The vast underground arcade and restaurant Dave and Buster’s opened at Springfield Town Center the week of Christmas 2015.

SPRINGFIELD TOWN CENTER and the potential relocation of the FBI headquarters to Springfield have had and will continue to impact the community into 2016. The federal government continues to weigh the three candidates for the FBI against one another and the longer that takes, the better McKay believes Springfield’s chances are. Fairfax County has strongly refuted some of the results of the Environmental Impact Study that were incorrect, McKay said, and is working with Congressional allies to help promote the Springfield site as much as possible.

“There are huge ramifications for Springfield in particular, but really for Virginia,” McKay said.

Nancy-jo Manney, Executive Director of the Greater Springfield Chamber of Commerce, said some of those ramifications “will be additional demand for central Springfield and surrounding area office space,” a commodity of which the county is running a surplus of empty real estate.

Another, more concrete draw for businesses and retailers to the central Springfield area is the resurgence of Springfield Town Center, which is well on its way to filling all tenant space. Dave and Buster’s massive family arcade and restaurant opened as recently as Dec. 21.

“People are starting to return to central Springfield as a destination for shopping,” Manney said. “There was a time when people stayed away from the area but definitely we’ve seen a return.”

Springfield Civic Association President Bruce Waggoner said, “the mall means more than just business; it gives Springfield an identity and has an impact on morale, in my view.”

So far, that impact has been positive. But Waggoner hopes for more from the still relatively new neighbors.

“What else are they doing, what other impact?” he said. “It’s not just about making money, that’s important, but what are they thinking about in terms of impacting the spirit of the community? That would be my challenge to them.”